This season in the NBA we are seeing some teams struggling to play up to the expectations every fan had for them, like the New York Knicks and the Brooklyn Nets. However, there is also a team that is playing surprisingly well, and that’s no other than the Portland Trail Blazers. Portland is up to a 19-4 start in the season, and it currently sits atop of the Western Conference. The Blazers have been impressive up to now but can they be considered as a title contender?

During the first month of the season, it’s true that Portland had an easy schedule. They didn’t play against the best teams in the league. After a 13-3 start, lots of discussions around the NBA pointed out that the Blazers played only against weak opponents. Now, after a month and a half into the season and after beating teams like the Indiana Pacers, the Houston Rockets and the Oklahoma City Thunder in the month of December, it’s time to face reality. Portland is one of the best teams in the league. At least they are playing like one, and they will be contending for the Larry O’Brien trophy.

Damian Lillard is continuing to improve his performance, after winning the Rookie of the Year award last season. He is scoring 19.3 points per contest, dishing out 5.6 assists and grabbing 3.7 rebounds per game this season. His shooting percentages are decent, too, 39.7 percent from the floor and 41.3 percent from three-point territory. Where the 23-year old point guard makes, an impact for the Blazers is defense. Lillard has found the way to use the strengths of his teammates when defending the pick-and-roll.

Of course, the presence of LaMarcus Aldridge is also one of the main reasons Portland has found that much success this season. Aldridge can be reasonably considered as one of the best power forwards in the NBA this season. He is leading Portland in scoring with 23.5 points per contest. He is also averaging 10.6 boards per game and shooting 48.1 percent from the field.

Nicolas Batum and Wesley Matthews are also playing vital roles in the team’s success up to now, averaging 13.6 and 16.3 per contest respectively. Mo Williams, Thomas Robinson and Robin Lopez deliver with consistency, while Portland is playing without its rookie and 10th pick of this year’s draft, C.J. McCollum.

It seems like Head Coach Terry Stotts is utilizing the strengths of each member of the team. Not only Portland has turned into a scoring machine this season, ranking second in the league with 106.4 points but they are also doing well on offense. The Blazers sit at the 16th spot in the NBA in points allowed. However, the defensive system they are playing well has some principles that might prove out to be crucial during the postseason. The Blazers are forcing low-percentage mid-range shots from their opponents while closing down perfectly on perimeter shooters and securing the paint.

The fact that with a month and a half after the start of the season the Blazers stand above teams-dynasties in the tough Western Conference, as the Oklahoma City Thunder, the San Antonio Spurs and the Houston Rockets is impressive. They should not be underestimated when it comes to championship contention. 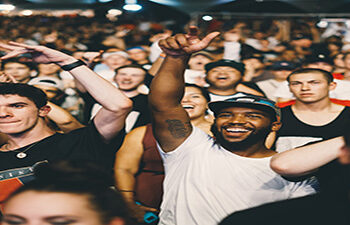 How Early Should You Buy Tickets For Local Events?

Preview: Columbus at Los Angeles at the Staples Center