Win A Pair Of The Book Of Mormon Tickets

Here’s how it works:
To Enter just hashtag #seethebook via Twitter, Facebook or Google+ (G+1) on the left side social icons (max 2 per day on each social network) or comment below. On Jan 10th, 2014 a random drawing will be held where one winner shall receive two tickets to the musical and four other contestants will receive $25.00 in Barry’s Bucks which can be used for Concert, Sports or Theater Tickets on www.BARRYSTICKETS.com.

About The Book Of Mormon:The Book of Mormon is a theatrical production that is sure to be loved by some people, while offending others that are religious. But nonetheless, this religious satire on Mormonism will make any objective person laugh out loud. The music was co-created by Matt Stone and Trey Parker, the same two men who created the popular animated television comedy “South Park.” This musical story is about two youthful missionaries of the Mormon faith from Salt Lake City that are sent to an isolated village in the northern region of Uganda. When they arrive in Uganda, they come across a violent one-eyed warlord that is overpowering the local population with the threats of violence. The villagers lack their faith because many of them are overcome with AIDS and blame God for it. So, the missionaries have the idea that if they share their Mormon scripture with everyone then it will change their minds.

With all of the sad themes that are represented in this production, it is still portrayed in an entertaining and genuinely funny musical. Sometimes, Broadway productions try to force a laugh out of their audience. But with this production, they don’t have to force any laughter out of the audience. It is very hard to get affordable seats for this musical because they are usually all sold out. Later ticket buyers will have to go with the premium seats, which start at $299. But, at least you will have a closer seat to the live performances.

Even though there is foul language and blasphemous undertones in this play, it still has a magic to it that is as special as classics like “The King and I” or “The Sound of Music.” But since this musical touches about dark elements along with cheerful melodies, it could even be compared to Mel Brooks famous musical “The Producers.” No other Broadway show since “The Producers” has achieved so many laughs with so many dark undertones.

The Book of Mormon is great for any objective person who does not get offended by jokes that poke fun of religion or have foul language in them. For the traditional kind of Broadway attendees, they will likely be turned off by the humor in this play. It is written for a newer generation that believes in questioning faith and using graphic situations to gain a laugh. Overall, it is a play that everybody should see once because Mormonism is still a popular religion that is alive and well in America today.By:Chris Michaels.

Eligibility: This Promotion is open only to legal residents of the 48 contiguous United States and D.C. who are 21 years of age or older at time of entry. Void in Alaska, Hawaii and where prohibited. Employees and members of their households and immediate families (spouses, parents, siblings, children and each of their respective spouses) of the Promotion Entities (as defined below) and their respective parent companies, subsidiaries, and affiliates, and their advertising and promotion agencies and all local sponsors are not eligible.

How Winner will be Determined: The one (1) potential Winner (the “Grand Prize Winner”) will be selected in a random drawing from among all eligible entries on approximately Jan 10th, 2014, by an independent judging organization, and will be contacted on or about Jan 10th, 2014 . Judge’s decisions with respect to the Grand Prize Winner and other matters pertaining to the Promotion shall be final. The Grand Prize Winner may be required to sign an affidavit of eligibility and release of liability and publicity (where permitted), and return same, properly executed, within five (5) days of issuance of prize notification. If Sponsor is unable to contact the Grand Prize Winner within three (3) days from first notification attempt, if the Grand Prize Winner fails to complete and return all requested forms by the specified date, or if the Grand Prize Winner fails to comply with any of the requirements, his/her prize will be forfeited and an alternate Grand Prize Winner shall be selected. By entering into the Promotion, all entrants consent to the use of their name, photograph, likeness, biography, voice and/or video for advertising and promotional purposes, including online announcements, worldwide and without limitation and without additional compensation, except where prohibited by law. The odds of winning depend upon the number of eligible entries received.

The specifics of all aforementioned elements of the Grand Prize in the Promotion shall be solely determined by Sponsor. All costs, taxes, fees, and expenses associated with any element of the Grand Prize not specifically addressed above are the sole responsibility of the Grand Prize Winner. Grand Prize cannot be transferred, substituted, or redeemed for cash except at Sponsor’s sole discretion. Sponsor reserves the right to substitute the Grand Prize, or portions thereof, with a prize of equal or greater value.

Barry’s Tickets reserves the right to change a promotion at anytime and is not affiliated with the Pantages Theater or The Book Of Mormon.

Published by Barry’s Ticket Service. Barry’s Tickets stocks all Book Of Mormon Tickets for all performances at the Los Angeles Pantages Theater. 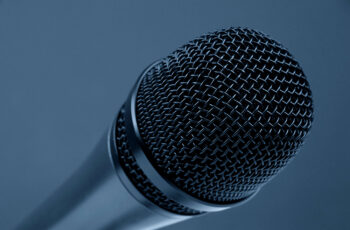 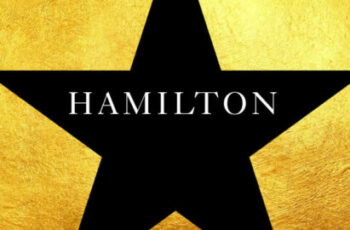