Why You Should See Lion King At The Pantages Theater

Lion King one of the biggest musicals of all time has now returned to the Los Angeles Pantages Theater till Jan 12th, 2014. The adaption of the movie you grew up with now comes to life with all the laughter, emotion, suspense and majesty of the Lion King.

Did you know that the Lion King was originally going to be called “King of the Jungle”? Once the film was completed the makers realized that Lions don’t actually live in the Jungle and decided to change the name to “The Lion King”.

Did you know that over 120 puppets are used in the musical, dowel rod puppets as well as the rich tradition of shadow puppets. The skeptical of the puppetry will truly amaze both the old and young at heart from the 26 foot high flying giraffes all the way down to the 5inch trick mouse no detail in these puppets have been left out.

This once in a lifetime musical is like none other. The animals portrayed in the Lion King Musical are actually actors in costumes using extra tools enabling their costumes to move and come to life. The actors playing the giraffes are on giant walking stilts, Mufasa and Scar’s actors use mechanical headpieces so that they may be raised and lowered which gives the audience the illusion of a cats actually lunging at each other. Timon and Pumbaa are life sized puppets that the actors fit into and Taymor has been described as one of the hardest costumes to master do to the puppets head putting such a strain on the arms, neck and back of the actor.

The amazing visuals are what truly makes the Lion King a show that you and your children will remember for ever. One of, if not the most breathtaking spectacle of animals who have been brought to life by an enormous company of national and international performers. The detailed costumes, carved masks and intricate makeup will transform the entire audience to the beautiful vistas of the African Savanna.

With the largest physical inventory of Lion King Tickets in Los Angeles, Barry’s Tickets is pleased to offer a discount on tickets for all Lion King Performances at the Pantages Theater. Just enter LIONKING13 and save $20.00 when you spend $200.00 or more.


Barry’s Ticket Service offers a 100% guarantee that all tickets are authentic and delivered on time. You can also come into any one of our offices and buy or pick up tickets as well. 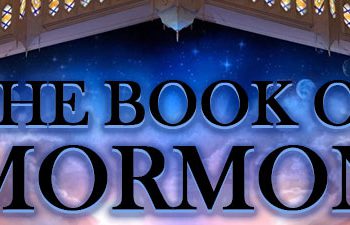