White Sox Roster A Team On The Rise

The 2015 MLB Season promises to be an exciting year in the Chicago sports world. Major League Baseball’s regular season opens April 5, and both Chicago baseball teams made some deals this past offseason to improve their teams. Let’s take a look at the moves the White Sox roster improvements, Chicago’s beloved South Side club, made this past winter, moves that may very well allow them to contend in the American League Central this coming season:

– Jeff Samardzija: Samardzija, who pitched in Chicago with the Cubs for six and a half seasons prior to joining the Sox, boasts a career 3.85 earned-run average and, despite a record of 7 wins against 13 losses last year, made the All-Star Team. He’ll join a starting rotation that also includes Chris Sale (arguably one of the top 3 starting pitchers in all of the baseball), Jose Quintana, Hector Noesi, and John Danks.

– David Robertson: The Sox’s acquisition of Robertson was a big blow to the New York Yankees, his former employer, a team on which he served as the successor to arguably the greatest relief pitcher in baseball history, Mariano Rivera. Last season, Robertson saved 39 games for the Yanks and struck out 96 hitters in 64 and 1/3 innings, cementing his status as one of the game’s elite relief specialists.

– Zach Duke: After bouncing around a few different teams the past several years in mixed roles, former rookie phenom Duke had an outstanding year as a relief pitcher with the Milwaukee Brewers in 2014, finishing the year with a 2.45 earned run average and 74 strikeouts in 58 and 2/3 innings. He’ll be a valuable addition to a bullpen led by Robertson.

– Adam LaRoche: LaRoche was a key component of the Washington Nationals‘ success over the past several years; last year, he whacked 26 home runs and drove in 92 runs for the MLB National League East champions. With 243 career home runs and playoff experience developed on some competitive teams, LaRoche brings a solid bat and leadership experience to the White Sox.

– Melky Cabrera: Cabrera is coming off a great season with the Toronto Blue Jays, where he hit .301 with 16 home runs. Cabrera is a two-time World Series champion, having won in 2009 with the New York Yankees and 2012 with the San Francisco Giants and a solid hitter and defender.

With these players complimenting a strong core, the White Sox look to be contenders in 2015, and now’s a great time to nab some tickets to see them play. Contact us to get your seats to see the “Pale Hose” play ball.

With additions to the White Sox Roster, this season looks for things to start jelling around mid-season which is a perfect opportunity for the Sox to commence on the run. If the additions and the rest of the White Sox roster can stay healthy, they could be the snake in the grass at the end of the season and be a strong playoff contender.

BarrysTickets.com secondary MLB ticketing market data has been used and trusted since 1985 by media outlets including Forbes, The Wall Street Journal, AM570, ESPN and more. 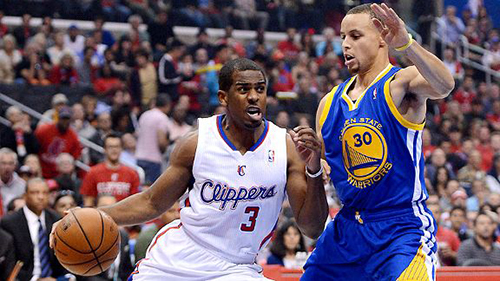 Damian Lillard The Next NBA Superstar

One thought on “White Sox Roster A Team On The Rise”