Can The Warriors Go Past Round Two?

The Golden State Warriors have managed to keep their competitiveness level at high levels almost throughout the season. While the team faced a bunch of injuries and small periods of slump, they have now solidified their playoff spot, and they are, in fact, one of the strongest championship black horses in the Western Conference. The Dubs will most probably meet the Los Angeles Clippers in the first round of the playoffs, and this will be a very tough matchup for them. Can they roll past the Clips and advance to the second round?

The two teams have split the season series to two apiece this year. Although the Warriors are one of the teams with the scariest shooting abilities from the three-point range they are also a team that has experienced ups and downs this season. When Golden State focuses on cutting down on its turnovers and playing tight defence, they can be a tough team to beat. Especially when the sharpshooting duo of Klay Thompson and Steph Curry sink their shots from beyond the arc, the Dubs can be unstoppable.

Nonetheless, the competition level is extreme as of now in the West. The Warriors are an excellent team, but they will face an even better one in the first round. If the LA Clippers are their matchup, the Warriors will stand some good chances to make it to the second round. Of course, if Golden State manages to steal the fifth seed from the Portland Trail Blazers and meet the Houston Rockets in the first round, things could be even better for them. Portland currently stands two games ahead of Golden State and have not been at their best shape as of lately. Although the Warriors lost two out of their three meetings with the Houston Rockets, they seem capable of matching with Houston’s strong points.

It will all come down to the Warriors’ pace and the conditions of critical players most probably, like Andre Iguodala and Andrew Bogut. As long as the Splash Brothers stay hot on the one end of the floor and as long as the Dubs have Iggy and Bogut shutting down the lanes on the defensive end, they can stay optimistic that they can advance to the next round. It will be a surprise to see the Warriors topping the Clips and even the Rockets in the first round. However, this won’t be the first time we saw wonders happening in the NBA.

With just four home games left at the Oracle Arena the Warriors have a potential chance to win all four since three are against non playoff teams and only one the Timberwolves should give them some struggles. Golden State sits in the sixth spot of the Western Conference only two points behind the Blazers but 5 1/2 points behind the Rockets who lost yesterday to the Clippers which would give them home-court advantage in the first round, one that the Warriors could use. Although Warriors playoff tickets are on sale now starting at just $125 a ticket the dates and venue of their first-round games have not been announced yet. All Warriors playoff tickets for games that are not played come with a 100% refund. Buying Warriors playoff tickets early locks your price in so if ticket prices raise your still set to go. Chris 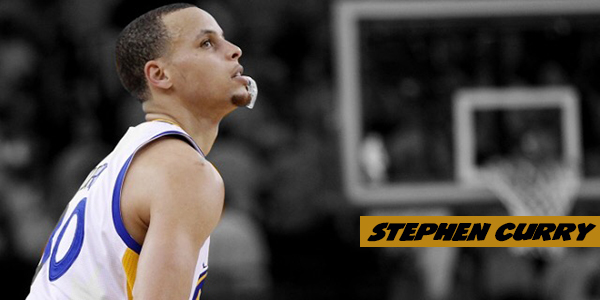 Stephen Curry Starts Out A Tough Week For The Lakers