Top NBA Tickets and Attendance as of December 2014

A look at the NBA Ticket pricing on the secondary market for each of the teams in a comparison of 2013/14 vs 2014/15. The Detroit Pistons have the most significant drop in the average ticket price of more than 40% since last season while the Cavaliers have the highest rise in percentage at 185.71% since 2013.

How do the regular season average NBA ticket prices compare to games on Christmas?

Cleveland Cavaliers at Miami Heat | Avg Price:$342.00 | +260%
12/25/14 American Airlines Arena 5:00pm ET
The return of King James to the American Airlines Arena has driven the average ticket price up 260% from the $95.00 per ticket average to $342.00 per ticket. Without Lebron James the Miami Heat are still hanging in there as they are currently ranked 7th in the Eastern Conference and have 5-10 home record while the Cleveland Cavaliers are starting to find their groove together and are on a three-game win streak coming into Miami and are 6-5 on the road.
.
Los Angeles Lakers at Chicago Bulls | Avg Price:$277 | +130.83%
12/25/14 United Center 8:00pm ET
Although Kobe Bryant sat out in the win against the Golden State Warriors, he won’t be sitting out in a game on National TV, and you can expect him to put on a show. Bulls ticket prices on the secondary market have been averaging $120 a ticket and have jumped 130.88% for this game. The Lakers come to the United Center on a one-game winning streak with a 5-9 road record against the Bulls who are currently 6-5 on their home court and winners of their last four games.

Golden State Clippers at Los Angeles Clippers | Avg. Price: $238.04 | +180.04%
Staples Center 10:30pm ET
Stephen Curry and the Warriors return to the Los Angeles Staples Center after a loss to the Los Angeles Lakers looking for some revenge even if it’s against the Clippers. The Warriors are the hottest team in the NBA with the best record of 23-4 with a 15-4 record against Western Conference teams and a 5-2 record against divisional teams. The Clippers are struggling to find themselves this year and come into this divisional rivalry game on National TV with an 11-3 record on the Staples Center court. Clippers vs Warriors ticket prices on the secondary market on average have jumped up 180.04% from the $85.00 per ticket average. Get’in’s for the 12/25 game are at $135 per ticket which is a 187.23% rise in ticket price from their March 31st game at the Staples Center of $47.00 per ticket. It is also a 138% rise in the Get In price on the secondary ticking market for the Warriors vs Clippers game at the Oracle Arena on March 8th. The Warriors won their first game against the Clippers this season on November 5th 121-104 at the Oracle Arena.

Ticket prices based on secondary market averages and are subject to change. The NBA attendance records can be viewed at ESPN. Updated 07/22/15 Learn More about the NBA Attendance.

Potential Depth Issues For The 49ers 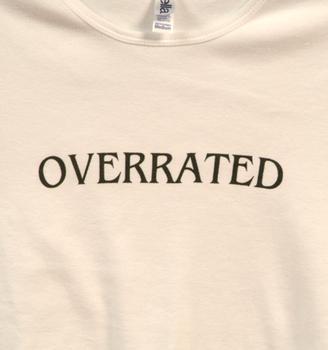