Standing tall outside on the Star Plaza are statues of Los Angeles sports heroes Magic Johnson, Wayne Gretzky, Oscar De La Hoya, Lakers broadcaster Chick Hearn, and, most recently, Jerry West, the literal “icon” for the National Basketball Association. Today five major sports teams call the Staples Center home, including the Los Angeles Lakers and Clippers of the NBA, the WNBA L.A. Sparks, the NHL’s L.A. Kings, and now the NBA D-League’s L.A. D-Fenders. Previously, before the team’s dissolution, the AFL’s L.A. Avengers played at the Staples Center as well. The Center was constructed in just under a year, from 1998-1999, by the Staples corporation. There was some controversy regarding its founding, as the Los Angeles Times Magazine devoted an entire issue in October of 1999 to the opening of the giant new sports arena. The Times were discovered to be a “founding partner” of the Center in exchange for a hefty profit-share, free advertising, and other goodies. The question was raised: what is the relationship between struggling print-media outlets and advertising sources that lead to “profit-sharing”? 300 workers from the Times itself signed a petition in protest later that year, but little was ever done about it and the issue has nearly been forgotten.

Aside of its controversial founding, the Center has gone on to easily recover the $375 million dollar cost of construction. It has also been discovered that the L.A. Times was one of 12 profit sharing companies involved in the founding. In fact, the Center makes so much money per event that it has been quite a boon for the local community. Almost nightly it can house up to 19,000 fans with an average ticket price of well over $60. The Center recently got exposure in the indie flick Drive starring Ryan Gosling, where, during a heist of some kind, uses traffic from the aftermath of a Clipper game to disguise his getaway. With over 250 events year-round and more than 4 million visitors, the Staples Center is a fixture for the Greater L.A. area.

More recently, the Center has become part of its parent company’s, Anschutz Entertainment Group (AEG), L.A. Live complex. Located in downtown Los Angeles, the Live complex is nearly 6 million square feet of Los Angeles entertainment, including bars, theaters, restaurants, ballrooms, museums, and residences. A big secret to the rest of the country, L.A. Live is currently constructing Farmers Field, an NFL stadium set to bring professional football back to L.A. Since the Staples Center is home to both of Los Angeles’ professional basketball teams, the Lakers and the Clippers, whenever the two teams clash for hometown dominance (a clash that has more than naught ended in a Lakers victory), L.A. erupts. Bringing a competitive NFL team back to L.A. would only serve to stir up even more fanfare for professional sporting events. Combined with the recent promised ascension of the L.A. Clippers as “Lob City” starring Chris Paul and Blake Griffin, Los Angeles’ prized sporting Center will feature prominently on the minds of many sports fans throughout the nation for years to come. 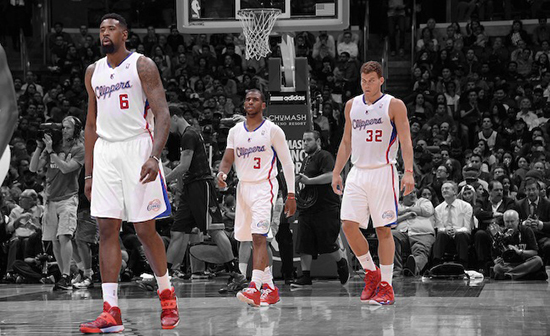 Lakers & Cavaliers Cap Off Clippers Top Tickets Of The Week

2 thoughts on “The Staples Center”