The Lakers Without Kobe Bryant

The six-month wait for Kobe Bryant to return from his Achilles injury was short-lived. The Lakers superstar was slowly working his way back into shape before injury struck again a week ago Tuesday versus the Memphis Grizzlies. Bryant’s knee injury was suffered in the third quarter. The optimism the Lakers saw in Bryant’s improved play has he rounded into form was quickly scuttled once again. Bryant’s fracture of the lateral tibial plateau in the same leg he suffered his Achilles tear has put Bryant on the shelf for an additional six weeks that will carry through into the All Star break. The injury has made many question the wisdom of Bryant returning at all this season. The Lakers superstar reiterated his determination to play again this season, which he will likely do. The latest injury, although clearly not season ending, has once again made many question the Lakers decision to extend Bryant for two additional seasons beyond this year.

The Lakers have re-upped Bryant so it’s pointless to debate the merits of the deal. The club may have over-paid for the player that Bryant is at this point in his career, but you have to admire their interest in rewarding their superstar for what he’s done for the franchise. In a difficult Western Conference it’s difficult to see the Lakers competing for one of the final playoff spots. Los Angeles currently sits at 12th in the west, in a solid group of teams that includes Denver, Minnesota, New Orleans and Memphis. The Dallas and Phoenix greatly improved the already competitive west has become even tougher. With the Lakers playoff chances dim does it make sense to sit Bryant the entire regular season?

Actually getting the famously competitive Bryant to sit out the season is a challenge in itself, but the idea of sitting Bryant does make some sense. Without Bryant the Lakers were surprisingly competitive due to the roster decisions they made in the offseason. An entire year off would give Bryant the ability to truly recover, both from the knee injury and the Achilles. There is no indication that the two injuries are related but Bryant has now suffered two major injuries on the same leg in the past eight months. A fully recovered Bryant, even if he’s diminished athletically, will allow the Lakers to achieve the max value out of his two-year extension. During the remainder of the regular season the club can take a long look at some of the younger players (Wes Johnson, Nick Young, Jordan Farmar) that have helped ignite them this season. The combination of a potential lottery big and any value the club can get for Pau Gasol in a potential trade will give the Lakers even more versatility next season.

The Lakers fan base can tolerate a subpar season to build for the future. A fully recovered Bryant and a solid draft pick can do wonders for the franchise as they move into next season. Meanwhile let’s sit back and enjoy this year’s team, who though far less talented are a lot more entertaining than last year’s Dwight Howard centered club. By:Chris Michaels.

Barry’s Tickets is the preferred ticket vendor of AM570 Sports Radio. 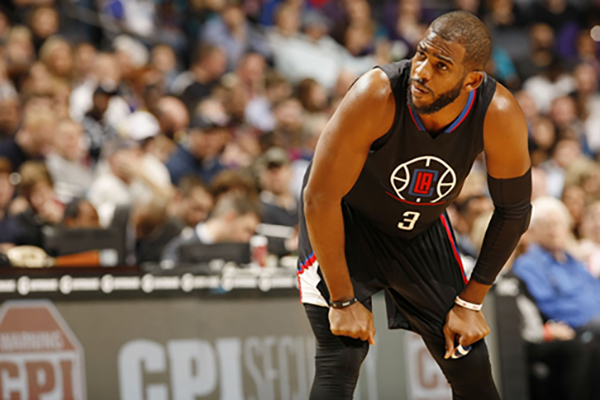 Can the Los Angeles Clippers win the NBA Championships

2 thoughts on “The Lakers Without Kobe Bryant”