Odds are if you are a casual basketball fan you have heard the name Jeremy Lin a lot in the last week or so. Let’s be honest though the first time you heard about the new Knicks upstart point guard you had to do a quick Google search on him so you could actively participate in any conversation in regards to him. It is well chronicled by now that Lin came to the New York Knicks by way of Harvard and more recently by way of being cut by the Golden State Warriors and Houston Rockets. All he has done in his three games in a Knicks uniform is scoring 25.3 points per game, dish out eight assists a game while logging over 40 minutes in those contests. Jeremy Lin is the perfect blend of basketball talent, guts, and personality that the Knicks and their fan base have been thirsting for going on ten plus years now. Not to mention that the style of play his coach preaches fits his skill set perfectly. All of these combine to make up the perfect storm that is the Jeremy Lin phenomenon.

Let’s establish one thing; this kid has staying power. He is not a flash in the pan type player. I am by no means saying he is going to average 25 and eight every night, but he has the talent to be an everyday starter in the NBA. His skill set is such where he will be able to contribute on a consistent basis because of his ability to pass, create for others, and shoot make his game much more than someone who may be one dimensional.

To come in and burst on the scene as he has it takes a severe amount of guts as well. It takes a tremendous amount of confidence in your ability to come onto maybe the biggest stage in the world, New York City, and not back down from the challenge that comes with being the point guard for the New York Knicks. In a short time, he has been active he makes players around him better, and his love of the game is infectious as evident by the overall energy level increase by the team as a whole.

Lin comes to the Knicks when their loyal fan base needs something to latch onto and to have hope in. They hired a coach whose system heavily revolves around a point guard and the ability of that point guard to penetrate, but we’re building their team with personnel that did have this essential piece. This was the sort of great frustration for Knicks fans who have been waiting for over ten years for something to hope for on the court. Overnight it seems as the interest in the Knicks on a local and national level is back again thanks to Jeremy Lin.

Another aspect of the Lin phenomenon that cannot be ignored is the valuable vehicle he has the potential to be for the NBA as a whole. With the retirement of Yao Ming, the NBA is desperately seeking another face to promote their product in China and all over Southeast Asia, and Lin fits that bill perfectly given he is of Taiwanese descent.

Do yourself a favor if you get the chance and the Knicks are on TV sit down and watch this kid play. He is someone that old school and new school NBA fans can watch and enjoy alike. Hopefully for the sake of the Knicks organization, their fans, and the NBA as a whole the Jeremy Lin phenomenon continues to grip us all.

Lakers Vs Knicks Tickets are still available for tonights game. You can purchase Lakers Tickets for all home and away game 24 hours a day on BarrysTickets.com. 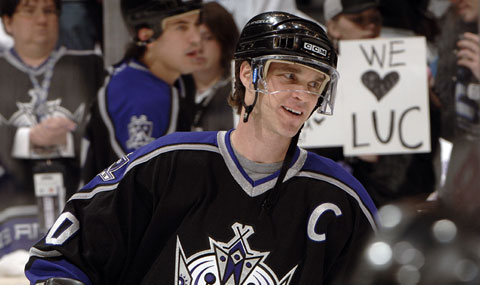 2 thoughts on “The Jeremy Lin Phenomenon”