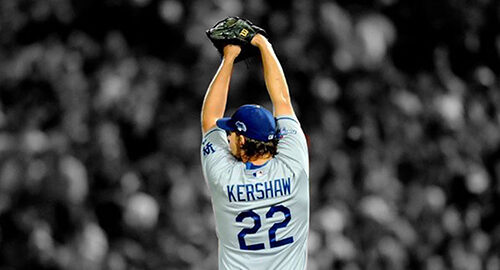 Should Clayton Kershaw be MVP

The subject of a pitcher winning the Most Valuable Player award is always highly controversial. Much like the question of putting a player in the Hall of Fame in their first year on the ballot, there’s always a few voters that will never vote for a player the first time around. The Most Valuable Player award typically revolves around the definition of “valuable.” While many voters get caught up in the concept of value, others will only vote for the best player.

When it comes to Clayton Kershaw, the Dodgers have clearly the most valuable player and the best player. While it’s obvious to anyone who’s closely watched Kershaw’s performance and the Dodgers this season that Kershaw is far and away the best candidate for NL MVP, many voters still seem to be leaning toward Giancarlo Stanton. The Marlins outfielder is a tremendous talent who’s had a wonderful season, but his numbers aren’t historically dominant like Kershaw, nor is his team anywhere near a playoff contender.

Will they give the award to Stanton? Right now it seems like it’s 50/50.

The impact of Kershaw on the Dodgers, for anyone that has observed the team closely this season, goes well beyond the incidence of the lefthander when he pitches. The way Kershaw approaches the game, his work ethic, and professionalism, set the tone for the entire organization. He’s the real definition of a “stopper,” someone who can turn the tide of a little losing streak or a poor patch of play with his absolute dominance. Of Kershaw’s 17 victories, 9 of them have come in days immediately following a Dodgers loss. It’s testament to the left-hander’s ability to avoid losing streaks and continually keep the Dodgers from minor skids.

The impact of Kershaw on the bullpen cannot be exaggerated. Beyond closer Kenley Jansen the Dodgers have struggled in pen this season. In a long major league baseball season, bullpens can be taxed with overwork, something that can have a trickle-down effect on the performance of the team. In 17 starts dating back to June 2, Kershaw has either pitched a complete game or 8 innings 13 times. In the other four starts, he’s gone seven innings. In those 17 starts, the Dodgers bullpen has only had to pitch 15 innings, an incredible factor when it comes to how fresh they are.

Whether you base your vote on the “Most Valuable” player or the best player, Clayton Kershaw is the choice in both categories. Giancarlo Stanton is a massive talent who’s had a great season, but his performance is by no means historical about some of the performances that players like Miguel Cabrera and Mike Trout have put up in recent seasons. Based on recent history the fact that the Marlins will not make the playoffs and likely not even finish with a winning record will likely cause the typical non-pitcher MVP voters to cast a ballot for Kershaw.

Kershaw will likely sew up the MVP if he wins 20 games and the Dodgers secure a playoff berth. With two upcoming series versus the San Francisco Giants, the Dodgers are far from a certainty to win the division, although the wild card is likely a foregone conclusion. Kershaw will have four and potentially five upcoming starts to win three games. His next three starts are versus San Diego, Colorado and Chicago, three offensively challenged teams that will give the left-hander an excellent shot to win 20 games for the second time in his career.

The Cy Young is a foregone conclusion—Kershaw is well on his way to his third victory in four seasons, all at the age of 26. An MVP award should soon follow. BY: Chris M.

Sharks take a bite out of Kings

4 thoughts on “Should Los Angeles Dodgers Clayton Kershaw be MVP?”