The Los Angeles Clippers will play 41 games at the Staples Center the following season. And in those 41 games, there will be lots of excitement, drama, tough play, highlights and much more. Now, it would be best if you can attend all 41 home games. However, if you absolutely must choose, we present you seven Clippers games that are absolute must-attend.

Los Angeles Clippers vs. Detroit Pistons, November 14
Price Range $35.00 – $935.00
Many will ask why an Eastern conference team with low chances to end up in the playoffs qualifies as a must-attend game. Well, the Pistons feature one of the best young centers in the league in Andre Drummond, and seeing him going against DeAndre Jordan is an absolute joy to watch. The Pistons will also be a team that will try to push the pace and run the floor, surrounding Drummond with shooters from almost every angle. If that is not enough, you also have the young, up and coming Reggie Jackson, the point guard that finally has his team. Can he rise to the challenge of going against CP3? View all Clippers vs Pistons Tickets.

Los Angeles Clippers vs Golden State Warriors, November 19
Price Range $93.00 – $557.00
This will be the second game that the real champs and Clippers meet. The first time will be on November 4 at Oracle Arena. And you can bet that there will be some drama between the two teams, especially after the saga regarding Los Angeles Clippers Coach Doc Rivers comments whether the Warriors were lucky or not to win the title. Last year, the Warriors beat the Clippers 3 out of 4 games, and this year, the Clippers will look to improve that record. And when it comes to drama and provocations, the Clippers now have Paul Pierce in the lineup. The Clippers will also be looking for revenge as they lost their first meeting against the Warriors at the Oracle Arena 108-112 on Wed November 4th. View Clippers vs Warriors Tickets.

Los Angeles Clippers vs Oklahoma City Thunder, December 21
Price Range $95.00 – $1,760.00
With Kevin Durant and Russell Westbrook healthy, the Thunder will again be one of the teams aiming for top spot in the West. The Clippers have the same goal, and this will be the first game between two heavyweight teams in the West. Who will emerge victoriously? The Clippers or the Thunder? The Clippers now have more players that they can throw at Kevin Durant, including Lance “ear-blowing” Stephenson. View all Clippers vs Thunder Tickets.

Los Angeles Clippers vs. Los Angeles Lakers, January 29
Price Range $100.00 – $2,310.00
The Clippers and the Lakers will play on Christmas, but the Lakers are the “home” team in that game. The January game will be the first time that the Clippers will qualify as the host. The city rivalry between the Lakers and the Clippers might finally be evenly matched this year, with the Lakers also boasting a good team. In past years, either the Clippers or the Lakers were the dominant team. This year, however, the Lakers might end up in the playoffs. And if that isn’t enough, watching Kobe Bryant in what might be his last season in the league is a bonus. View all Clippers vs Lakers Tickets.

Los Angeles Clippers vs. Chicago Bulls, January 31
Price Range $78.00 – $1,760.00
The Bulls are among the contenders in the Eastern Conference, and this year, they will try to push the pace a little more. With a new coach who is more offensively minded, the Bulls might present a different challenge. They have a plethora of great players that they can throw at the Clippers. Not that the Clippers are a slouch. The duel between these two is as evenly matched as possible, which only amplifies the potential for a dramatic game. View Clippers vs Bulls Tickets.

Los Angeles Clippers vs. Cleveland Cavaliers, March 13
Price Range $124.00 – $2,88.00
Lebron James makes his lone visit to Los Angeles, and he will be welcomed by some of his old rivals in Paul Pierce and Lance Stephenson. The Cavs are arguably the best team in the East, and if you want to become a champion, you need to beat the best. There are countless of duels and matchups worth watching, including the point guard duel between CP3 and Irving, the PF duel between Love and Griffin, or the duel at the center position between Mozgov and Jordan. Fasten your seatbelts and enjoy! View Clippers vs Cavaliers tickets.

Clippers Games prices are subject to change. If you want the best deal, come to Barry’s Tickets first. 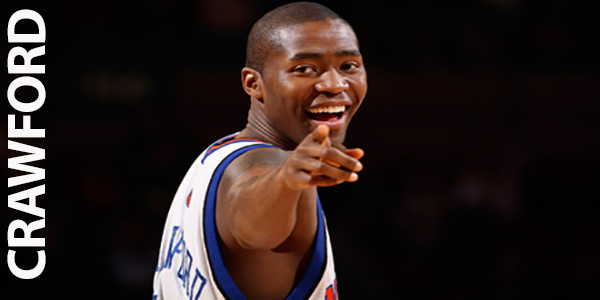 Who Are The Highest Paid NBA Players

One thought on “Seven Must See Clippers Games”