The Spurs welcome the New Year at home, playing in the AT&T Center on 31st December. Their next three games are also at home. The schedule for January is also rather favourable, with more games at home than on the road. Additionally, the Spurs have only three tough matchups in January, against the Bulls, Clippers and Blazers. They will play only 14 games in January, with only one back to back. In other words, January is the perfect month for Coach Pop to give some rest to his core players. Here is a look at Spurs Ticket prices for their games at the AT&T Center on the January Schedule.

After two full days of rest, the Spurs welcome John Wall and the Wizards. Wall believes he and his buddy are the best backcourt duo in the league, but the “old school” guys from the Spurs execute the offence to perfection. It ‘s nice to get some lessons from time to time, and Wall might be in for a treat. Spurs vs Wizards Tickets Starting price $27.00.

As mentioned, the schedule is kind to the Spurs in January. They get two days rest again and play the lowly Pistons. However, the Pistons can surprise from time to time, but they are still a lottery team. Their biggest weapon is the frontcourt, where Andre Drummond is shaping into a real star. Add Monroe and Josh Smith, and Duncan might have to push a bit more and waste more energy this game.

Phoenix is one of the few teams that have beaten the Spurs this season, and they always pose a challenge with their speed and tempo. Their three-guard lineup can be a problem for the Spurs defensively, but they can also exploit those matchups on offence, where Kawhi Leonard would be guarded by a point guard.

The Spurs demolished the Blazers in the 2014 playoffs, and the Blazers run over the Spurs in their first duel this season. But now the Spurs are playing at home, and have one of the western conference rivals in the house. The game should be exciting, no question about it, but whether it will be a high scoring or a low scoring game, it depends on the Spurs.

The Spurs tend to surprise everyone from time to time. Their loss this season to the Jazz can be attributed to those surprises. But while they can make a mistake once, they do not let the errors haunt them. The Jazz is a lottery team, and the Spurs would be wise to show their place.

We won’t get much more Bryant vs Duncan duels. Therefore, it would be nice to cherish the duels of these two great players that marked the last two decades. The teams split the first two games this season, and this one is the deciding one. Not that it matters for tiebreakers since the Lakers are bound to miss the playoffs, but the Spurs need wins versus weak opponents to keep their high ranking and have home-court advantage in the playoffs.Spurs vs Lakers Tickets Starting price $37.00.

Too bad rookie Jabari Parker hurt his knee and will miss the rest of the season. He could have picked some valuable lessons from Tim Duncan, and it is unknown whether he will get the same chance next year. The Bucks have some quality players, such as the Greek Freak and Brandon Knight to cause some damage, but without their rookie, they will be weaker.

The Hornets might be just what the Spurs need before they close out January with a duel with the Clippers. Big Al is the only problem for the Spurs, but they have quality defenders in the post that can contain Jefferson. Whether Lance Stephenson will be wearing a Hornets uniform by the time the matchup occurs, it is unknown. The Hornets are reportedly looking to trade him.

The first duel between the two was a low scoring game, with the Spurs managing to prevail 88-85. But both teams have since improved their play, and by the time the game is played, the teams might be in the top 4 in the West. The Spurs are ranked lower than the Clippers, but they are catching steam lately. The Clippers are also playing some inspiring basketball in December, but there is time until January.Spurs vs Clippers Tickets Starting price $35.00.

All San Antonio Spurs Tickets are 100% verified and guaranteed to be authentic as well as delivered on time. You can learn more about our Interactive Spurs Seating Chart and multiple ways to purchase tickets. 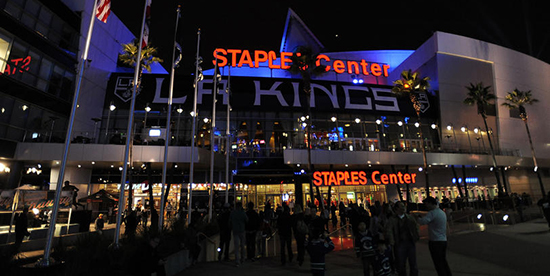