Who Gets to Play in the Rose Bowl Game? Everything You Need to Know

Of all the Bowl games that have ever existed, perhaps none carries more prestige than the Rose Bowl.  Taking place in Pasadena, California in the aptly named Rose Bowl, the game almost always produces classic matchups.

Wondering who gets to play in the Rose Bowl game? Then read on. We’re going to provide you with all the information you need.

The History of the Rose Bowl

Originally called the “East-West Game”, the Rose Bowl has been played since 1902.  Though it was originally played at Tournament Park in Pasadena, California,  by 1923, it was being played in the newly-erected Rose Bowl, also in Pasadena. This is when the name, “The Rose Bowl” caught on.

The game has always featured west vs. east matchups, with the first-ever matchup involving Michigan and Stanford. Other teams which have participated in the Rose Bowl include Notre Dame, Brown, USC, Tennessee, and Ohio State, to name just a few.

From 1947 until the end of the BCS era, the Big Ten and the Pac-12 (formerly known as the Pac-10, Pac-8, PCC, and AWU) supplied the teams for the Rose Bowl matchup. In the vast majority of these matchups, conference champions were pitted against one another.

To this day, the Rose Bowl remains one of the most renowned college football games in existence. It is almost routinely played on New Year’s Day and is almost always heavily viewed.

Who Plays in the Rose Bowl?

Rose Bowl matchups are heavily dependent upon the College Football Playoffs. There are 6 different Bowl games which have the potential to be playoff games,  but only two playoff games.

These 6 Bowl games rotate every year, meaning that while the Rose Bowl will be a playoff game some years, it will be a standard Bowl game other years.

There is an exception to this, however. If the top team from either conference ends up in the College Football Playoff, the runner-up from that conference will end up in the Rose Bowl instead.

If the Rose Bowl is designated as a playoff game, essentially any team in college football could end up playing in it. In this scenario, the teams’ conferences mean very little.

So, while a Big Ten team and a Pac-12 team could end up in the Rose Bowl during these years, it’s not a given. In fact, as things stand right now, it’s fairly unlikely.

Who Are the Favorites to Play in the Rose Bowl in 2020?

The Rose Bowl will not be part of the College Football Playoff this season. Therefore, it will involve a team from the Big Ten and a team from the Pac-12. The question you might have is: who are the favorites from each conference?

Let’s start with the Big Ten.

The most obvious choices are Ohio State, Michigan, Wisconsin, and Penn State, with Ohio State the common favorite to win the conference. Remember though, that if one of these teams gains entry to the College Football Playoff, the runner up will end up in the Rose Bowl instead.

At present, Washington, Oregon, Utah, and Stanford appear to be the frontrunners. However, to tell the truth, the conference is wide open this year. It wouldn’t be a surprise for Arizona State or USC to win the conference either.

Miscellaneous Info on the 2020 Rose Bowl

The 2020 Rose Bowl will be the 106th Rose Bowl ever played and will involve a team from both the Big Ten and the Pac 12. As always, it will take place in the Rose Bowl in Pasadena, California, with a scheduled kickoff time of 5:00 PM on New Year’s Day.

It’s important to note, though, that the Rose Bowl is more than just a football game. It’s a festive experience, one which can be enjoyed over the  course of a few days.

The city of Pasadena truly goes all-out for the Rose Bowl, offering a bevy of parties and parades for visitors to partake in. If you’re looking to have an excitement-packed  time away from home, you should consider traveling out to Pasadena a few days before the turn of the New Year.

Regardless of who plays in the Rose Bowl on January 1, 2020, it’s bound to be a great game. The Big Ten and Pac-12 are top-notch conferences and  are sure to produce quality conference champions.

Looking to buy Rose Bowl tickets? Look no further than Barry’s Tickets.  We sell tickets to suit all budgets and are sure to have a seat you’ll like.  You can also learn more about the Rose Bowl Game Tailgaiting. 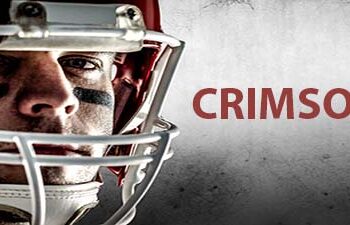 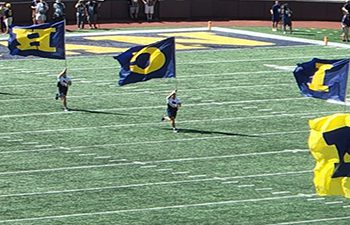 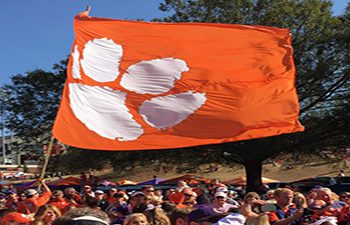