THE STORY: The Dallas Stars will continue their fight to secure a playoff spot and lock up the season series with Los Angeles when they host the Kings on Sunday. This will be the sixth and final meeting between the teams this season. The Stars dropped the first two contests but have won the last three, including 5-4 in a shootout in Los Angeles in the last meeting. Loui Eriksson scored the decisive goal.

ABOUT THE KINGS (26-19-11): Scoring goals continues to be a struggle for Los Angeles. The Los Angeles Kings are dead last in the NHL, averaging just 2.07 goals per game. The Kings fell 2-1 in a shootout on Saturday at the New York Islanders. Andrei Loktionov’s first goal of the season was the lone tally the Kings could muster despite having 35 shots. Jonathan Quick made 23 saves. The Kings are 1-3-1 on their season-long six-game road trip and own an 11-8-7 record away from home this season.

ABOUT THE STARS (28-23-3): Dallas, which is 4-4-2 in its last 10 games, is coming off a 3-2 shootout loss on the road to the Buffalo Sabres. The Stars blew a 2-0 third-period lead, including giving up the tying goal with just 39 seconds remaining in regulation. Michael Ryder and Tomas Vincour scored, while Kari Lehtonen made 30 saves to fall to 20-12-2 on the season. It was Ryder’s 20th goal, a feat he has accomplished in five of his eight NHL seasons.

3. The Kings have scored just six goals in their last five road games.

Stars Vs Kings Tickets are still on sale for todays game. We also stock Stars Vs Ducks tickets for their match up March 10th at the American Airlines Arena.

The Los Angeles Lakers fall to the Philadelphia Sixers 103-99 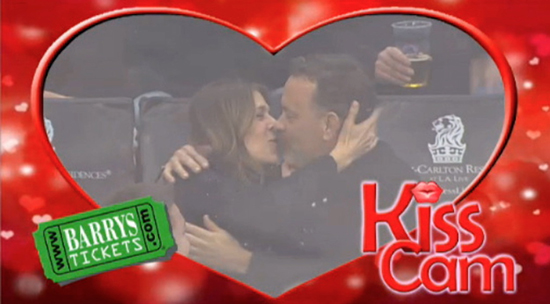