A single tweet, by novelist Polly Samson, who happens to be the wife of David Gilmour, dropped some major news and set off an internet firestorm this past weekend. On Saturday Samson tweeted, seemingly out of the blue, that Pink Floyd will release a new album in October called ‘The Endless River’. The new album will be the first studio album released by the legendary band since 1994 when they released ‘Division Bell’. The new album will feature music from keyboard player and Pink Floyd co-founder Rick Wright, who passed away from cancer in 2008. Samson’s tweet made reference to the fact that the new album, is based on the 1994 Division Bell sessions. According to McBroom-Hudson the recording of the new album did start during the ‘Division Bell’ sessions of twenty years ago and the album was originally a complete instrumental recording. In the years since David Gilmour reportedly gradually changes his mind, adding vocals to the recordings. As can be expected the bands loyal fan base went into frenzy about the news, which was confirmed on Facebook by Durga McBroom-Hudson, one of the bands backup singers. The big question, as can be expected, is whether or not the reunion will include co-founder Rogers Waters. The immediate likelihood is that Waters won’t be part of the new album, since it seems to essentially be a continuation of the recording sessions from The Division Bell. Waters last performed with Gilmour, Wright and fellow founding member Nick Mason in 2005 as part of the Live 8 concert in London. It was Pink Floyd’s only performance with Waters since the bands last performance of ‘The Wall’ at London’s Hyde Park 24 years earlier. While the band re-united to benefit charity the chances of a full blown reunion were slim due to the musical and ideological differences between David Gilmour and Roger Waters. ‘The Division Bell’ and its predecessor album ‘A Momentary Lapse of Reason’ didn’t feature Waters and generally are considered lacking in comparison to previous efforts, especially in relation to the era when Waters was the major creative force behind the band with albums such as ‘The Wall’ and ‘Dark Side of the Moon’. It’s unknown whether the new album will include a tour, BUT the industry rumor mill is running rabid about Pink Floyd doing a world concert tour in 2015. Barry’s Tickets will have Pink Floyd Tickets for Los Angeles concert dates that’s for sure. The inside scoop is they will do Stadium Concerts such as the Rose Bowl or Coliseum.

The band hasn’t performed live since 2007 and the Syd Barrett tribute concert. Barrett, the fourth original band member along with Waters, Mason and Wright, passed away forty years after leaving the band due to his fractured mental state partially related to 50’s drug use. The band, with Waters, reunited one last time to pay tribute to Barrett.

Barry’s Tickets is a nationwide ticket broker who sells Concert Tickets for all cities and venues, and all Tickets are guaranteed to be 100% authentic and delivered on time! 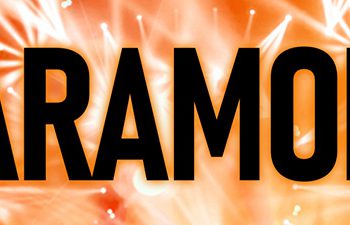