One of the most heatedly debated issues among NBA fans over the last few years has been whether LeBron James is good enough to challenge Michael Jordan for the title of the best NBA player of all time. Some people believe that King James is nowhere near Air Jordan while others think that his performances and numbers warrant a closer inspection.

In any case, we have decided to take a closer look into the whole LeBron vs. Michael thing and give our opinion on whether there is even point in comparing them.

As always, it is best to start with the quantifiable, i.e. the numbers. The first number we have to look at are the championships up to this point, Jordan leads convincingly, with 6 championships to LeBron’s 2. Jordan was also the league MVP 5 times while LeBron earned that recognition 4 times. Michael earned 14 All-Star Game call-ups and we are sure that LeBron will match that number given time (he already has 9).

There are other numbers that are also important. Like points per game averages, where Jordan leads 30.1 to 27.5. LeBron, on the other hand, has the upper hand when it comes to assists and rebounds per game – 6.9 apg to Jordan’s 5.3 and 7.3 rpg to Jordan’s 6.2. Their field goal and 3-point percentages are almost identical, with Jordan having better free throw percentage – 83.5% to LeBron’s 74.7%.

Now that we have covered the numbers, we need to look at the two very different styles of play that these players display(ed). On the one hand, you had Jordan who was noticeably less strong than LeBron and who only played shooting guard and (rarely) small forward positions. On the other hand, LeBron often had to play 4 or even all 5 positions, from point guard to center. His superhuman-like physique and athleticism allowed him to do this.

There can be no doubt that Jordan was the more elegant and savvy player of the pair, exhibiting perfect balance and rhythm he employed to get to the basket. LeBron exchanged elegance for power and we have to say that it has worked for him. Both players also display exquisite court vision, although we would have to say that LeBron is more likely to get his teammates involved than Jordan was.

Something that these players share is the incredible focus and will to win. Jordan was competitive to a fault and while many people doubt the mental aspect of LeBron’s game and his drive, we believe that he has shown enough to silence the doubters.

It needs to be pointed out, however, that Jordan and LeBron play(ed) in two very different eras of NBA basketball. During Jordan’s championship years, NBA was a much rougher place where players on defense had much more freedom in guarding their players. It is quite possible that in today’s league, where players on the offense are virtually under a glass bell, Jordan would score 50 or 60 points per game.

Of course, this is all hypothetical, like all comparisons of two players are. Especially when they are as different as LeBron and Jordan are.

What to Expect at Your First NBA Game 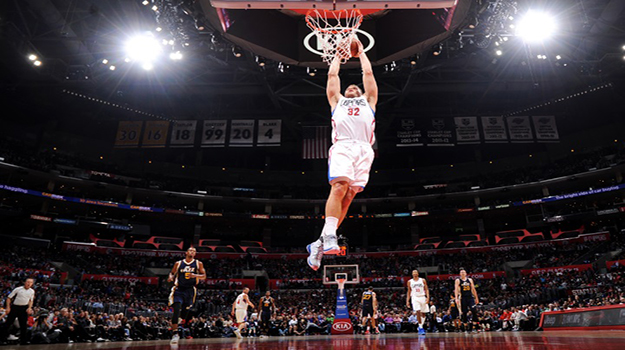