Are You a Football Fan? Here Are the Top 7 Most Anticipated NFL Games of 2019

The crisp, autumn breeze. The scent of chicken wings in the air. The resounding chants of the home crowd echoing into the night.

Before you know it, summer days will dwindle. You’ll hang up your swimsuit in exchange for a hoodie with your favorite NFL team’s logo emblazoned on the front.

Check out our countdown of the top 7 most anticipated games the NFL has to offer in 2019.

Kirk Cousins is a fighter, no doubt. He spent his first 5 NFL seasons with the Washington Redskins. And he eventually won the starting job over a #2 draft pick, Robert Griffin III.

But the ‘Skins mismanaged the situation with Cousins, manhandling him into a franchise tag two years in a row. Then they discarded him in search of better prospects.

The Minnesota Vikings were more-than-happy to scoop him up. And this matchup is the first time Cousins faces his former team, where he hopes to take his revenge.

On a side note, Adrian Peterson will make his last appearance (probably) in Minnesota at this game. And Case Keenum, who Minnesota passed on to pick up Cousins, could be the starter for the Redskins. Revenge all around!

It’s not too often that a New York Jets game makes a list of most anticipated games. But this is revenge game 2.0 on our list.

Le’Veon Bell is one of the best running backs in the history of the NFL. But the Pittsburgh Steelers weren’t willing to pay him the big bucks on a long-term deal. So rather than signing a franchise tag, he sat out a year in hopes of greener pastures.

He found those “green” pastures in the Meadowlands, joining the Jets organization in 2019. Several of his former teammates with the Steelers had choice words about the star back’s decision to sit out a year. The fireworks should be popping at this game!

The Dallas Cowboys and the New Orleans Saints meet each other often, despite being in different NFC divisions. And since their fan bases are separated by only about 500 miles, it’s always a fun affair. But this game makes our list because of the way these two teams left off last year.

The Saints sauntered into Arlington, TX riding a 10-game winning streak. The battle that ensued was full of defensive swagger. But the Saints ended up on the short end of the stick, following a rare Drew Brees interception.

We’re interested to see how Brees bounces back from that slugfest.

Maybe you haven’t noticed, but the Cleveland Browns are kind of a big deal. After years of dismal football play, they’ve become one of the hottest teams to watch in 2019.

This is a classic battle of “old vs new” when it comes to quarterback play. The 2018 #1 draft pick, Baker Mayfield, is looking to make some major waves. But he’ll have to contend with the GOAT, Tom Brady, to do it.

When it comes to the Super Bowl, all roads lead through Foxborough. Can the 2019 Browns live up to their hype as the next greatest thing since sliced bread? This game should tell us a lot.

Nothing beats an old-school NFC North rivalry to start off the season on the right foot! The Green Bay Packers and the Chicago Bears have been duking it out on the gridiron since 1921. And the Pack currently has the edge with a record of 97-95-6 over the Bears.

The Bears are on a hot streak though, after winning the division for the first time since 2010. And they’re currently playing some of the best defense in football.

But the Packers are off to a fresh start after firing their head coach, Mike McCarthy. He led the team for 12 years before he got the ax. This will be an interesting Week 1 test for the Pack and their all-star QB, Aaron Rodgers.

All roads to the championship go through Foxborough. Did we mention that already? Well, it’s important enough to state again.

The Kansas City Chiefs are one of the most promising teams in football. Their hotshot young QB, Patrick Mahomes, brings an element of style and power to the game that we’ve never seen before. But can he take out the one-two punch of Brady and Belichick?

He wasn’t able to finish the job last year. But that was more a function of defense than it was the fault of Mahomes.

If the Chiefs want to run away with the AFC, they’ll have to stop Tom Brady in Foxborough. Something easier said than done!

Over the past few years, the New Orleans Saints have had a rough go. First, they succumbed to the Minneapolis Miracle during the divisional round of the 2017-2018 playoffs. A fluke play that decimated a monster comeback and would have sent the Saints to the NFC championship.

They managed to shake it off though and made it all the way to the 2018-2019 NFC championship. The game was intense. And the Saints were poised to win it with only a few minutes left.

And then… the “missed call heard ’round the world”. A defender body slammed one of the Saints’ receivers well before the ball reached his hands. Had the refs made the pass interference call, the Saints would have run the clock out and won the game.

Instead, the Los Angeles Rams got the ball back with enough time to score the tying field goal. And they finished the job, winning the game in overtime. The Saints were left with another dizzying loss deep into the postseason.

It’s no doubt that the Saints have revenge on their minds. Can the Rams overcome it? We shall see!

Watch the Most Anticipated Games in Person

September is a magical month for the fierce football fan. And we can’t wait to see it roll around again this year. The 2019-2020 NFL season is poised to be one of the best ever!

There are century-old rivalries to watch. Players looking for revenge on the teams that tossed them aside. And bright new stars ready to unseat the old-glory veterans.

One of the best ways to watch the most anticipated games of the year is in person! Click here to hook yourself up with 2019 NFL tickets that are 100% guaranteed authentic. 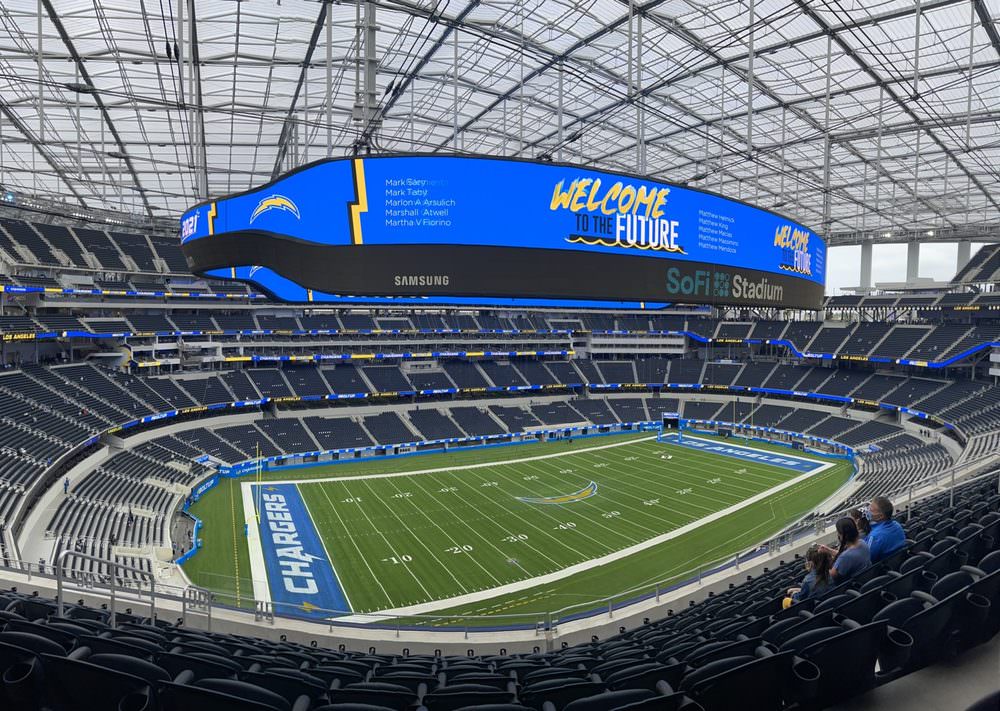 One thought on “Are You a Football Fan? Here Are the Top 7 Most Anticipated NFL Games of 2019”