The careers of Lebron James and Carmelo Anthony have followed different paths in the last couple of years. Drafted the same year, Carmelo Anthony was coming off of a college basketball national championship while Lebron was making the jump directly to the NBA. It may seem crazy now, but there was a real debate over which player should be taken top overall, with endless quotes like this:

“What does LeBron do that Anthony can’t?” Oklahoma coach Kelvin Sampson had asked after watching Anthony chase his top-seeded Sooners out of the NCAA East Regional two weekends ago. “He’s learned a lot, playing against this level of competition. And excelling in this one-and-done tournament environment is a tremendous maturing tool.”

Quotes like the one above, were a virtual cottage industry back in 2003. Many pundits went so far as to say that the drafting of James over Anthony would be a major mistake. Now, with the benefit of hindsight, such quotes are interesting to look back on and are a reminder of just how far the reputation of Anthony has fallen in the basketball community. While Lebron is winning championships, MVP’s and cementing his reputation as a top-ten all-time player, Anthony is meandering along on a listless New York Knicks team. When people think of Carmelo Anthony now thoughts turn to slow-developing, isolation basketball and a player who needs to ball in his hands an inordinate amount of time.

This offseason Anthony can be a free agent, and he wants to win a championship, something that seems highly unlikely in disjointed New York. This fact has led to speculation that the Miami Heat could be a potential destination for Anthony. On paper it’s possible. Pat Riley has wisely constructed the Heat roster in a way that leaves just one contract on the book after this season, $2 million owed to backup point guard Norris Cole. If the Heat’s three stars, James, Dwyane Wade and Chris Bosh each take a reduced contract of $14 million per year, they could conceivably also sign Anthony at $14 million per season.

Of course, what works on paper doesn’t translate to the basketball court. On the one hand, it would be fun to see another round of the faux-outrage from the NBA “traditionalists” should the Heat somehow have four free agents team up this offseason. Unfortunately, it just doesn’t make sense from a basketball standpoint. Here are a couple of reasons why:

A Serious Lack of Depth: Beyond the incredible performances of James the Heat have won titles the past two seasons because of their depth. While Chris Bosh has accepted a reduced role and Dwyane Wade has suffered from injuries a great deal of Miami’s success is the critical performances of role players such as Shane Battier, Ray Allen, Chris Anderson, Mario Chalmers, Udonis Haslem and Mike Miller. Each season Pat Riley has been able to add veteran depth, with Michael Beasley and Greg Oden joining the fold this year. Adding Anthony to the roster would permanently kill Miami’s ability to have any significant depth beyond the big four. In a conference that includes the Indiana Pacers, it would be difficult to see a Heat roster with Anthony advancing to the NBA finals.

Anthony would have to adjust his Game: The big criticism with Anthony’s game has been his inability or unwillingness to change his game. When people think of Carmelo Anthony, they think of isolation basketball with Anthony dominating possession and requiring the basketball an inordinate amount of time. His style doesn’t fit in with quick, ball movement style of the Heat. It’s possible that Anthony could adjust his game, as the big three did before, to fit Erik Spoelstra’s style and win a championship, but the other issue is that he’s not a particularly strong defensive player. Defence wins championships in the NBA, and even with all their star power, the Heat has won their two titles because of their ability to play outstanding team defence. Anthony has not shown the ability or willingness to play above average defence during his career.

Would Miami take him? In the end, the architect in Miami is Pat Riley, and it’s hard to imagine the Heat General Manager making a move for Anthony, even if it’s financially feasible. The story does make for interesting conversation and debate in Miami and New York. It will be a fascinating offseason with Wade, Bosh, James and Anthony all able to opt out of their contracts and explore free agency. The odds are that Anthony will end up back in New York with the Knicks and Pat Riley will find some other pieces to build around his Big Three.

That being said, it’s the NBA, so you never know. Four years ago the thought of James, Wade and Bosh joining up in Miami was scoffed at by many. Two titles, with a potential third later, they’ve helped James cement his legacy. Perhaps they can help Anthony cement his. 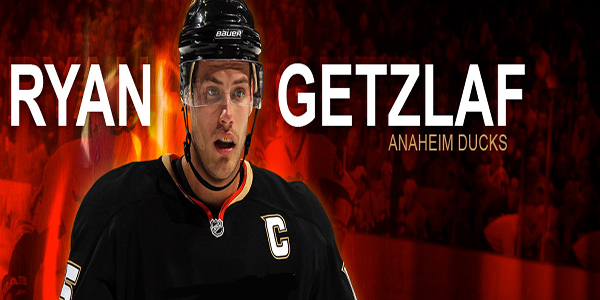