Madonna is one of the most prolific artists of all-time. The fifty-something (wink* wink*) singer has been a standard name in music and a regular household name in fashion, music, pop culture, dance trends, and more since 1979. Madonna set a bar in music that is unparalleled and earned her name “Queen of Pop”. She is Controversial at every turn. Madonna is bold, fearless, and unapologetic-ally powerful. She is listed in the Guinness Book of World Records as the best-selling female recording artist. She has fourth-best selling act of all time, behind the Beatles, Elvis, and Michael Jackson, her fellow “King of Pop”. She is listed in the Recording Industry Association of America as the best-selling female rock artist of the 20th century and the second top-selling female albums artist in the U.S., with 64.5 million certified albums. To date Madonna has sold over 300 million albums. She manages to capture generations beyond her and from today almost seamlessly. With her first album releasing in 1983, Madonna has since completed twelve more. Rebel Heart is due for release in 2015. Madonna fans are expecting a full promotional Madonna Concert tour to accompany it.

More about the Madonna Concert Tour!

Madonna’s done nine concert tours, sixteen one-off concerts and twenty-seven notable performances. She is on the famed and coveted list of artists to perform during the Super Bowl half-time show. Madonna’s last tour, the MDNA Tour, was her ninth. It included four legs and spanned seven months. The MDNA was an astounding eighty-eight shows through thirty in Europe, forty-five in North America, ten in South America, and three in Asia. The results were an astounding $313.31 million dollars in 2015 currency. Every single show on the 2012 Madonna tour was sold out and at the 2013 Billboard Music Awards she got Top Touring Artist of the Year.

Of the thirteen albums Madonna has completed, she has the record for most number-one hits on the Billboard Charts, totaling 156. She has twelve on the Billboard Hot 100 and forty-three on the Hot Dance Club Songs. She has thirty-eight top-ten singles on the Hot 100; the most of any artist in history. It’s kind of hard to grasp on to just how prolific Madonna is, and in so many different aspects. It is part of why her tours are sold-out; she generously plays even her earliest hit songs. For example, the set-list from Madonna’s MDNA Tour included Virgin Mary, Girl Gone Wild, Revolver, Gang Bang, Papa Don’t Preach, Vogue, and pretty much every other favorite hit Madonna has put out. A Madonna concert is a guaranteed candy selection of her past number one hits, considering she’s had 156 of them.

The Madonna Concert Tour MDNA was said to convey the metaphorical transformation of dark to light. The show included four sections; transgression, prophecy, masculine/feminine, and redemption. It begins in a cathedral- religion being a favored theme of Madonna since the beginning of her career. It takes the crowd on an incredible journey to a confession box. The concert included film noir of Madonna and her being locked in with her sexual fantasies. Her shows are full displays. She is a known actress, writer, formerly married to an incredible director, and as such her shows are unlike any other artist in history. She daringly challenges and questions social issues, political issues, trends, fads, waves in pop culture, and she stays ahead of the curve and is often the trend-setter.

It is no wonder that Madonna has more MTV Video Music Awards than any other artist: twenty to be exact. She also has a lifetime achievement Video Vanguard Awards. She has a estimated revenue of over $1 billion, making Madonna the fourth-highest grossing touring act since 1990 when statistics first began recordings on artists in this manner. Madonna has won 266 awards out of 485 nominations. One would think the woman is exhausted from receiving and attending awards ceremonies. Madonna also has eleven Guinness World Records. In 1996 she was awarded Most Costume Changes in a Film. She had eighty-five costumes for the movie. She won Song Topping the charts in most countries for “Hung Up” with forty-one countries. She also had the album topping the most charts in forty countries for Confessions on a Dance Floor. And the list of Madonna’s Guinness World Records goes on. The woman was also invited to a Hollywood Walk of Fame star in 1990 but declined the invitation and it has now expired.

Now with her highly anticipated 13th album, fans are salivating for the next Madonna Concert tour to follow. Rebel heart is releasing March 9, 2015. The album presented some hard issues for artists such as copyright violation and Internet leaking following the leak of thirteen demo songs. She compared the leaks to “artist rape” and “terrorism”, much to the chagrin of fans who felt it didn’t compare to real terrorism. She then announced that she felt she had no choice but to finish the demo songs and release them officially without the single, video, and talks of her record before it dropped. No doubt she will counter the leak with an earth-shattering show. Now you can catch Madonna live and hear her newest album when you order you’re 2015 Madonna Concert Tour Tickets today!

Will there be VIP Tickets for the Madonna Concert Tour?
Artists such as Katy Perry, Justin Bieber, & Justin Timberlake have had VIP Tickets. These Vip Tickets have included meet & greets. Some Vip Tickets have special seating area’s to view the concert. Once announced if the 2015 Madonna Concert Tour we will add more information as what comes with the Madonna VIP tickets.

The 2015 Madonna Concert Tour Tickets will be available soon. You can sign up now to receive news, information, special Madonna Concert tour tickets discounts. Automatically entered for chance to win a Madonna The “Face Tote Bag” or other Tickets, Merchandise and More.
[insert_php]


All Madonna tickets are 100% guaranteed authentic!

Winner or Winners will receive Barry’s Bucks. Barry’s Bucks will be equivalent to the Madonna concert tour ticket prices on the secondary market. Winner or Winners will be able to choose the concert date. The amount of Barry’s Bucks will be determined based on Concert Date Choice. Contest is open to US residents only. No Purchase necessary. See terms and conditions on our site. Barry’s Tickets is not affiliated with Madonna or the Madonna Concert tour. Barry’s Tickets reserves the right to edit or cancel any contest. 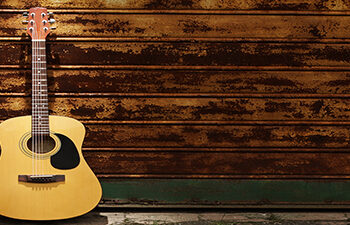 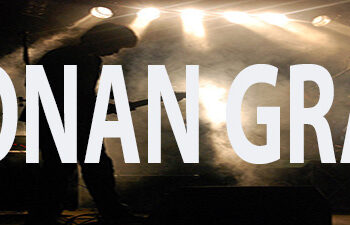