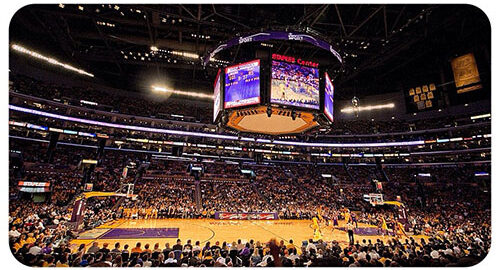 Chance to see the Lakers Vs Warriors 10/09 Contest!

To Enter: Just follow @barrystickets on twitter and retweet the original tweet for this contest.Random drawing will be held on August 15th 2014. No Purchase Necessary. Barry’s Tickets is not affiliated with the NBA, Los Angeles Lakers or Golden State Warriors.

Lakers Announce 2014 – 2015 Preseason Schedule!
The Lakers announced their schedule of 2014 preseason games which will include the Golden State Warriors on Oct 9th and the Utah Jazz on Oct 19th at the LA Staples Center. The rest of the Lakers preseason will be spent on the road where they open up against the Denver Nuggets on Oct 6th in San Diego at the Valley View Casino Center. The Lakers and Warriors square off on Oct 12th in Ontario at the Citizens Business Bank Arena then the Utah Jazz at the Honda Center.

The last three games Lakers preseason games are at the Honda Center against the Phoenix Suns, back to Ontario where they face the Blazers on Oct 22nd then off to Las Vegas where the play the Sacramento Kings at the MGM Grand Garden Arena.

Los Angeles Lakers 2014 – 2015 schedule preview
The Los Angeles Lakers have made lots of changes this summer. They will be a different team in 2014 – 2015 and hopefully, they’ll do better than the previous season. The Western Conference will be highly competitive for yet another season, and the Lakers’ schedule includes lots of very difficult games. LA’s main target will be a playoff berth. The Golden State Warriors, the Los Angeles Clippers, the San Antonio Spurs, the Houston Rockets and the Portland Trail Blazers will be the top contenders from the West. The Lakers will be fighting for a playoff ticket so they will fight against teams like the Phoenix Suns, the Dallas Mavericks and the Memphis Grizzlies for a spot within the top eight ones.

See the Lakers – Warriors on us contest Information!
For a complete list of contest rules click here Winner or Winners will receive Barry’s Bucks which can be used Barrytickets.com toward basketball tickets or concert, sports or theater tickets. Barry’s Tickets is not affiliated with the NBA, Los Angeles Lakers or Golden State Warriors

You can purchase Lakers Tickets for all games at Staples Center. Barry’s Tickets has been serving Los Angeles and Lakers Fans since 1985.

Whats wrong with the Lakers?