The Quick and Almost Dead Canucks

You can purchase Kings Vs Canucks Tickets for the April 18th match up at the Staples Center.

KINGS 1, CANUCKS 0: Dustin Brown scored 6 1/2 minutes into the third period and Jonathan Quick made 41 saves as Los Angeles pushed the Presidents’ Trophy winners to the brink of elimination in their Western Conference quarterfinal series.

Justin Williams and Anze Kopitar each notched an assist for the Kings, who own a 3-0 series lead for the first time in franchise history. They try to complete the sweep at home on Wednesday.

Brown, who drew the ire of the Canucks for a hit on Henrik Sedin early in the second period that temporarily knocked the Vancouver captain out of the game, gave Quick all the offensive support he needed with his fourth goal of the series.

Williams’ shot from the top of the right faceoff circle was stopped by Cory Schneider. But the rebound went right to Brown, and the LA Kings‘ captain buried it from the bottom of the left circle for a 1-0 advantage.

Quick turned aside 11 shots in the first period, 14 in the second and 16 in the third for his second career postseason shutout. The 26-year-old led the NHL with 10 regular-season shutouts.

Schneider made 19 saves for the Canucks, who had just four power-play opportunities while giving the Kings eight chances.

GAME NOTEBOOK: All-Star defenseman Alex Edler essentially ended Vancouver’s comeback chances when he fired the puck over the glass for a delay-of-game penalty with 97 seconds remaining in the third period. … While registering 41 shots, the Canucks had another 23 attempts blocked. … Drew Doughty led the Kings in ice time for the third straight game, logging 25 minutes, 56 seconds. Vancouver’s Kevin Bieksa played the exact same amount, while teammate Dan Hamhuis saw 28:19 of action. … Kobe Bryant of the Lakers and David Beckham of Major League Soccer’s L.A. Galaxy were in attendance.

We stock Kings Tickets for all home games as well as all games on the road. 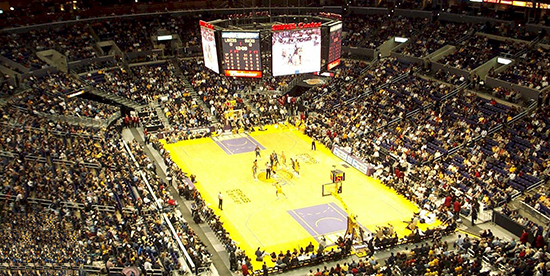 2 thoughts on “The Quick and Almost Dead Canucks”