The year 2013 has already ended and we have bid our goodbyes to the past year and all the buzz created in the music scene—from Miley Cyrus’ VMA performance to Taylor Swift’s number in the Victoria’s Secret Fashion Show. But if you’re thinking that 2013 has gone for good, some songs will prove you wrong. Here is the Top 20 in Billboard’s Top 100 in the first week of 2014.

20. Unconditionally – Katy Perry
From last week’s number 23, Katy Perry’s “Unconditionally” has climbed to 20. Looks like the Katy Cats really love her unconditionally.
19. Team – Lorde
Dropping one slot from last week’s number 18, “Team” is now at number 19. Looks like some people left the team.
18. White Walls – Macklemore and Ryan Lewis feat. ScHoolboy Q & Hollis
This is the song that changed places with “Team”, moving up from last week’s number 18 to 19.
17. Drunk in Love – Beyonce feat. Jay-Z
Dropping 5 slots, Queen B’s “Drunk in Love” is now pitched at 17. Apparently, people have decided to stay sober at the beginning of the year.
16. Sweater Weather – The Neighbourhood
The winter season is all about sweaters and The Neighbourhood knows this perfectly. “Sweater Weather” just went up from 17 to 16.
15. Hold On, We’re Going Home – Drake feat. Majid Jordan
From 13 last week, this track has gone 2 notches down, slating at 15. Some people don’t want to go home just yet.
14. 23 – Mike Will Made-It feat. Miley Cyrus
Up from 20, “23” is now at number 14, with some help from the sensational Miley.
13. Burn – Ellie Goulding
From 15, “Burn” is now at 13, gaining more love.
12. Wrecking Ball – Miley Cyrus
After countless covers and parodies, the heat has died down, leaving “Wrecking Ball” 3 notches down. You can purchase Miley Cyrus Tickets for her Los Angeles Concert Now.
11. Dark Horse – Katy Perry
Living by its title, Katy Perry’s “Dark Horse” has emerged from Top 14 to 11, climbing its way up.
10. Wake Me Up! – Avicii
Down two places, it seems like people still have no desire to be woken up.
9. Story of My Life – One Direction


The British boy group’s latest track attests to their charm, climbing from last week’s number 10. Getting off one world tour and jumping right back on another the lads will be playing giant arenas such as two nights at the Pasadena Rose Bowl where a total of 180,000 screaming fans will be packed into see them. One Direction Tickets for the Rose Bowl concerts are available now.
8. Roar – Katy Perry
Moving up from Top 11, “Roar” is still a favorite girl anthem. Katy Perry Tickets for her 2014 Prismatic World Tour will be going on sale in the next couple of months.
7. Let Her Go – Passenger
Staying strong at number 7 is Passenger’s “Let Her Go”—because the New Year is all about letting go.
6. Demons – Imagine Dragons
Staying at the same spot, “Demons” is still in the Top 10.
5. Say Something – A Great Big World & Christina Aguilera
Down from Top 4, is “Say Something” – a collab between A Great Big World and Christina Aguilera.
4. Royals – Lorde
Another song from Lorde, this time in the Top 10 and moving up from last week’s Top 5.
3. Counting Stars – One Republic
One Republic is still a crowd favorite with their track remaining at number 3.
2. Timber – Pitbull feat. Ke$ha
Holding fast in Top 2 is “Timber”. We’ll see how strong this song can cling to its spot. (Or how it can potentially rank first.)
1. The Monster – Eminem feat. Rihanna
Starting the year right, still at the top spot is Eminem’s “The Monster”, from the practically legendary Eminem. Rumor Mill has it that Eminem will be playing a limited number of concerts in the United States and Europe in the end of 2014. 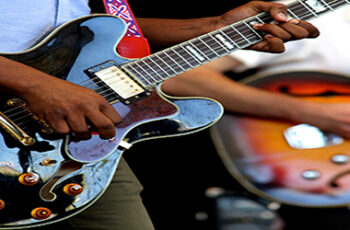 How To Save $25.00 On Kanye West Tickets For The Staples Center Concerts 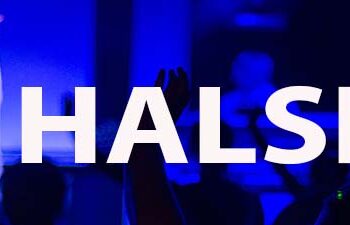