Five Questions About The Dodgers In 2014

After an outstanding 2013 regular season that saw them win 50 of 70 games at one point the Los Angeles Dodgers were eliminated by the St. Louis Cardinals in the National League Championship series. The club’s improvement justified many of the big moves t hey made the previous season and the 2013 offseason. Heading into the 2014 season the Dodgers are once again favorites to win the NL West and potentially return to the World Series for the first time since 1988. A World Championship would justify the big money spent by the new ownership group and usher in a new era of success for one of the NL’s most famous franchises.

The Dodgers outstanding 2013 season was marked by great pitching performances by Clayton Kershaw and Zack Greinke, but also by a frustrating run of injuries for key producers like Hanley Ramirez and Matt Kemp. Kemp, a former National League MVP runner-up, had a frustrating season which saw him make several visits to the disabled list. The future of Kemp is just one big question mark as the Dodgers head into the 2014 season. Here’s a look at five big question marks for the Dodgers with spring training just two months away.

Four outfielders for three positions: The Dodgers have the luxury, and the potential dilemma, of four starting caliber outfielders. If Matt Kemp is healthy he’s clearly the club’s best offensive player and a potential MVP candidate. A healthy Kemp creates potential playing time issues for Andre Ethier, Yasiel Puig and Carl Crawford. Puig, the dynamic Cuban rookie, took the league by storm when he was called up in June and played a major role in the teams amazing run of form from June to August. He’s a five-tool player with the potential to hit 30 home runs and steal 30 bases. Puig is also a major fan favorite. Crawford, who the Dodgers picked up in the blockbuster 2012 trade with Boston, had a solid season coming off of injury. He’s a weapon at the top of the lineup and had a strong postseason. The odd man out may be the dependable Ethier, who didn’t put up big power numbers last season but was a consistent cog in the lineup at periods of major injury for many of the Dodgers regulars.

Will Matt Kemp ever regain his form? The Dodgers star centerfielder had an incredibly unlucky season in 2013. Even with multiple shoulder surgeries over the past year Kemp’s bum shoulder isn’t his biggest concern. Kemp suffered a broken ankle that many have characterized as career-threatening. He underwent surgery in October and he’s unlikely to be ready for the start of spring training. The question mark around Kemp makes the presence of Ethier even more important, although the specter of Ethier playing extended minutes in center field are a bit concerning for Dodgers fans. A healthy Kemp may be the biggest factor in the Dodgers making a World Series run. His health will be closely monitored as the season kicks off.

Is there potential starting pitching help on the way? The presence of Kershaw and Greinke at the top of the rotation gives Los Angeles perhaps the best one-two combo in baseball. With Ricky Nolasco now a member of the Minnesota Twins the Dodgers have a rotation spot they need to fill. The big question is whether or not the club will utilize their deep pockets to go after Masahiro Tanaka. Tanaka, the latest star Japanese pitcher to become available, was an amazing 24-0 in the Japanese professional league last season. He’s been compared favorably to Rangers import Yu Darvish and could give the Dodgers another potential ace for their rotation. Spending the amount of money they’ll need to attract Tanaka may be out of the question for middle of the rotation starter, but the story will be an interesting one to follow over the next month as multiple teams chase Tanaka.

Is Donnie Baseball in LA to stay? Questions around the future of manager Don Mattingly persist. The former New York Yankees superstar led the club to the division title and deep playoff run last season, but the club’s management has never seemed to have full confidence in Mattingly. Many question the skipper’s in-game decision making and his management of the roster. The enhanced payroll has clearly upped the pressure in Los Angeles and the club could very well be on the market for a more high profile manager. Should the Dodgers get off to another slow start the rumors of Mattingly’s demise will likely kick up again.

Can Chad Billingsley return? Lost in the Dodgers potential interest in a high profile starting pitcher is the potential return of Chad Billingsley. Although he’s been with the club for eight seasons Billingsley is just 28 years old and has put up solid numbers over his Dodgers career. The Dodgers could get Billingsley back in May, potentially taking care of their fifth starter issue. Billingsley has won 81 games over his Dodgers career with an outstanding 3.65 ERA. Another starter to keep an eye on is Josh Beckett. The veteran righty struggled last season and is coming off of arm surgery. Beckett, one of the top postseason performers of his generation, should be available for spring training.

Due to their early start of the regular season, when they take on the Diamondbacks in Australia, the Dodgers kick off Cactus League play on February 23rd, less than two months away. By:Dani Kelly. 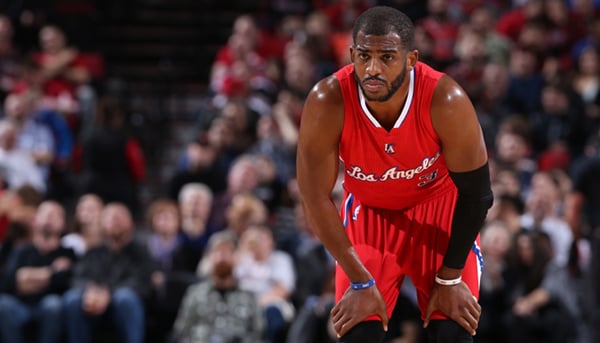