Dwight Howard and the Lakers face Paker and the Spurs today

After a miraculous run during the last weeks of the regular season the Los Angeles Lakers ended up even higher then they were expected to be. They finished 7th in the Western Conference and now the second-seeded San Antonio Spurs are on their way to another challenging run, this time in the Playoffs.
The momentum for LA is big. Not only did they manage to make it to the Playoffs after losing their superstar Kobe Bryant and also after being almost paralyzed by the constant injuries this season. They also topped the Houston Rockets in the season finale and clinched the 7th seed. This could turn out to be crucial for their post-season course. The reason for that is no other than the fact that they avoided the sizzling Oklahoma City Thunder, at least for the moment.

Despite that there was a huge gap on the record table between the Spurs and the Lakers, one could notice that San Antonio is a much more preferable opponent for LA.

The Spurs edged the season series 2-1 but it was nowhere near an easy job for them. In fact San Antonio won the first matchup by just a two point deficit and also the second one by just three. Both of the games were decided by details and could have easily turned the other way around. Also, during their latest meeting, the Lakers got a must-win game without Kobe. That game was a preview of what’s going to be the story in the upcoming series.

The blueprint for the Lakers’ success is simple. Everybody needs to step up. Of course, much load will be on the shoulders of Dwight Howard. He will need to reach the monstrous performances he had during his Orlando Magic days. He is more that capable of dominating the paint, even with an ever young Tim Duncan on the opposite side. After the injury of the Black Mamba, D-12 has exceled his offensive rhythm. His accuracy from the charity stripe will also play a big role. Every detail counts during the Playoffs and his below-50% shooting from the line could be one of them.

Of course Howard will need some help. Fortunately, his teammates have showed some urgency during the last games. The encouraging fact for LA is that they expect Steve Nash to be ready for Game 1. They will need their entire available arsenal to beat their opponents. Gasol also will be a key player in the series. The two-time NBA Champion has to step up as another strong presence inside and help Howard in rebounding.
On the other side, Gregg Popovic has a few headaches on his head. Parker and Ginobili came back from injuries, but it still remains to be seen if they are at their full strength. Also, despite their great course this season, his team encountered some serious problems when playing against the Lakers in their previous matchups. The addition of the T-Mac of course only adds to the team’s firepower. The Spurs will have the pressure on their side as they are considered to be the favorites. Shall they slip one of their first two games, they will lose home court advantage and then the momentum suddenly will be on LA’s side.
With the drama of the regular season disappeared after the capture of the 7th seed, the road ahead has no limits for LA. Even without Kobe and despite not having their ideal lineup – the one that was projected to make them almost unbeatable – the Lakers can still respond well to yet another challenge and advance to the next round.

First game of the series tips off on Sunday the 21th of April at San Antonio and the two teams play again on Wednesday. Then the series move to the Staples Center on Friday the 26th and Sunday the 28th. If necessary, the next games will take place on Tuesday the 30th, Thursday the 2nd of May and the last game will be on the 4th of May.

How to get Lakers Vs Spurs Playoff Tickets 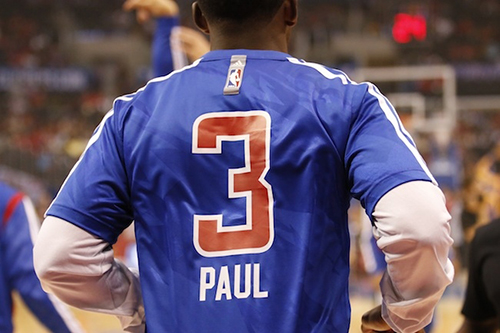