Despite the loss to the Phoenix Suns, there’s barely a single Lakers fan that can be disappointed by the team’s performance turnaround after the NBA All-Star break. Apart from Kobe, who has been the most consistent player of the team throughout this season, Dwight Howard has also managed to improve his game on both ends of the floor. He has been a huge factor that allowed the LA Lakers to save this season.

It’s no secret that both the fans and the team’s officials in the City of Angels were disappointed by the performance of D-12 during the first half of the season. You can blame his adjustment period or the fact that he was coming off a severe back injury. One thing is for sure: Howard was not the dominant player in the block the Lakers expected him to be.

However, he drastically changed his pace both on the defensive end and of offence. Especially on defence, the impact of the three-time Defensive Player of the Year has been significant no matter the opponent. When he does not deny shots, he is most likely to change them, and that’s of course if the opponents find the courage to even attack the Lakers’ paint. This became more noticeable due to the constant and long-lasting injuries of his teammate big man, Pau Gasol. D-12 had to step up and take more responsibilities on both ends of the court.
Offensively, Howard has also improved his performance. He is driving stronger to the basket after the pick-and-rolls, and he is more efficient when he catches the ball close to the hoop. During the last ten games, Howard is averaging 17.4 Points per Game on 48% shooting from the field and meantime grabbing a bit over 15 rebounds. He also has almost three blocks per game.

Howard’s performance boost comes along with a general improvement to the Lakers as a whole. LA is now showing that the original purpose of this team was to be successful in the post-season. Of course, the Lakers didn’t target to finish 8th in the West when the season started. Nevertheless, when Steve Nash and Howard took their talents to LA to join Kobe and Gasol, there was just to one goal, to win another Championship. This team is in a win-now situation. This was the case even at the very beginning of the season, and this continues to be their focus. Judging from the ageing roster, one could say that this might be the last chance for this team to change a ring.

The Lakers have responded well to their first task, to pick up the pace, find ways to win and enter the Playoffs. Nothing’s 100% certain yet, but the fans can be optimistic. The next challenge for them is to put their names as an eligible Championship Contender. In a way, they have achieved that, too. They went from a team scratched off the Championship puzzle, to a strong presence in the West. They will now have to fulfil the fans’ expectations. 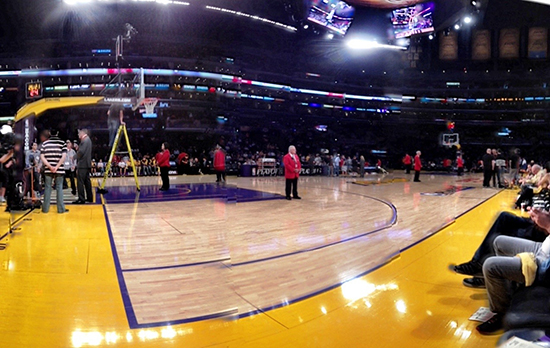