Dodger Stadium is the third-oldest field in Major League Baseball. It was built in 1962.

But if you’re a Dodgers fan, there’s more to love about them than just their long history with the game of baseball. But not everyone can say, “I love LA Dodgers”. Maybe that’s because you just don’t know enough about the team yet and the many reasons to become a raving fan.

If you don’t yet bleed Dodger blue, you should consider learning why. And we’d like to help educate you.

Keep reading to learn 10 reasons why you should instantly become a hardcore Los Angeles Dodgers fan.

And since 1916, this winning team has played in 19 World Series. While they didn’t win all of them, that’s still impressive for any baseball team.

2. Dodgers Fans Say, “They Named the Team After Us”

One reason I love LA Dodgers is that they are the only major league team that was named after their fans. The LA Dodgers were originally located in Brooklyn, NY.

While in Brooklyn, their fans would have to deal with the busy, crowded streets of Brooklyn to attend a game. Some of them were unfortunately killed when they collided with trolley cars.

Team Names Before They Became the Dodgers

The baseball team then became known as the “Trolley Dodgers”. After some time, the name was shortened to the Dodgers.

However, this wasn’t the only name the Dodgers have had since they began. Over the years, the team was also known as the:

However, their technical name during the name-changing periods was the Brooklyn Base Ball Club.

But before Valenzuela was representing our country, this well-known screwballer became the first rookie to win the Cy Young Award back in 1981.

Born in Mexico, it wasn’t until 2016 that the Dodgers left-hander became a US citizen. Mere months after being sworn in he became working with the White House and US Citizenship and Immigration Service.

His job was to promote the “rights, responsibilities, and opportunities of citizenship among eligible lawful permanent residents”. He also helped to break down barriers for eligible refugees and immigrants to become US citizens.

4. They Became the First Team to Broadcast Their Games on Radio

For a time, the Yankees, Giants, and Dodgers all called New York City their home. However, it was the Dodgers who became the first team to broadcast their games on the radio.

They hired Hall of Famer Red Barber in 1939 who acted as their announcer.

5. Even Babe Ruth Was a Dodger

Do you bleed Dodger blue? Babe Ruth did.

While the man often referred to as “The Babe” began his career as a member of the Red Sox, he was brought out of retirement to become a Dodger.

Brought Back to Boost Attendance

Attendance for Dodger’s games was down. Realizing they needed to do something quick to draw their fan’s attention, they offered Babe Ruth $15,000 to don the Dodger’s uniform and be a coach for the remainder of the year in 1938.

Babe Ruth’s first day was June 19th. It was a Sunday doubleheader with the Cubs and was a success at the box office.

6. The Dodgers Looked Outside of the US for Players

While baseball season ends each year with the World Series, it doesn’t really involve the entire planet. While this is confusing to some, it does make a bit more sense now that players from other countries are now recruited to play the game.

One reason I love LA Dodgers is that they have opened the doors for international players to join in on the fun. In 1995 they signed Japanese baseball player Kintetsu Buffaloes.

The first South Korean-born player to pitch in the major leagues was a Dodgers pitcher named Chan Ho Park who was born in South Korea.

Do you bleed blue? Vin Scully certainly does.

Scully’s long career with the Dodgers began in 1950 when the team was still located in Brooklyn. He was their broadcaster and gave play-by-play announcements for over 50 years.

It wasn’t until 2016 that he finally retired after an impressive 67 seasons.

8. The Staying Power of Their Team Managers

It’s not just Vin Scully who has enjoyed a long career with the LA Dodgers. Team manager Walter Alston spent 23 years with the Dodgers until 1976.

After that, he handed over the reins to Tommy Lasorda, his protégé. Lasorda also managed the Dodgers for 20 years.

It was the Dodgers who ended segregation in baseball when they brought Jackie Robinson, then a star in the Negro League to their Dodgers AAA team. Robinson played with the Montreal Royals ain 1946 and then was brought up to play as part of their major league lineup in 1947.

Upon seeing how successful he was, the team quickly added other players of the Negro League such as Roy Campanella and Don Newcombe. After that, other teams began to follow and add black baseball players to their teams.

Robinson is known for being one of the most successful players of all time. April 15th is also known as Jackie Robinson Day.

As of 2014, the number 42, Jackie Robinson’s number is the only number to be retired throughout all of the major league baseball.

10. One of the First Teams Shown on TV

The first televised Major League Baseball game was in 1939. It was a game between the Dodgers and the Cincinnati Reds.

It was a doubleheader played at Ebbets Field in Brooklyn. The first game was won by the Reds, 5-2. The Dodgers won the second game, 6-1.

Red Barber was the announcer and he did so with only two cameras capturing the game. One behind home plate in the second tier of seating and the other near the visitor’s dugout near third base.

Hopefully, by now, you’re a raving Dodgers fan which means you’ll want to know when the next Dodgers’ event will be. But even if you’re not, if you love sports and music, you should create an account with us.

Get ready for the upcoming season with Los Angeles Dodgers Opening Day tickets.

Just who will the Dodgers Face In The Playoffs?

Its never to early to think about Dodgers Playoff tickets.

Since 1985, Barry’s Ticket Service has been the premier destination for Los Angeles fans to Shop – Find – Buy the cheapest Los Angeles Dodgers tickets! 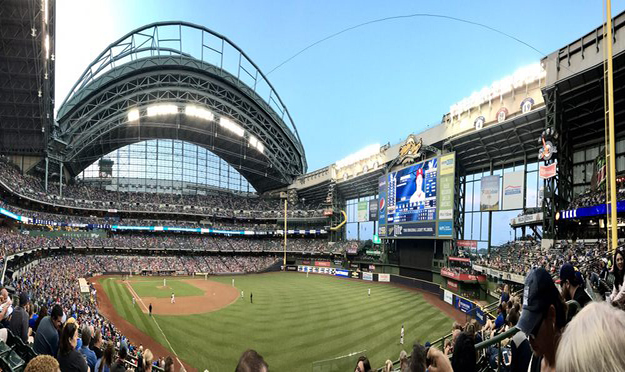