Who did the Chicago Bulls beat in the NBA Finals?

Who did Chicago Bulls beat in the Finals?

One of the most interesting questions fans today speculate is whether Jordan faced tougher competition or Lebron did in their way to titles. The same applied for Kobe years earlier. Be as it is, fans tend to forget who Jordan had to play and beat to get his six championships. All of Chicago Bulls championships are won in the Jordan era. Here is a reminder who did the Chicago Bulls beat in the NBA Finals.

One could say that the Bulls didn’t face the best team of the West in the NBA Finals. Jordan was the regular season MVP in 1991 and the top scorer. He was finally coming into his own. On the other hand, Magic Johnson was the leader of the Lakers, but he was on his way out of the league. James Worthy was the scoring leader of the Lakers. After that, the Los Angeles Lakers were armed with big men as Vlade Divac and Sam Perkins. Worthy was hurt for Game 5, and Byron Scott missed almost the entire series due to injury. The Lakers won 58 games that season, and managed to beat the Trail Blazers, West’s best team in the Conference Finals.

Many would argue that the Portland Blazers were the weakest team the Bulls faced in the Finals. But they were the best team in the West, led by Clyde Drexler and Terry Porter. Drexler was already called by many the best shooting guard after Jordan. Truth be told, he was good, but not good enough. The problem with the 92 Blazers was they had weak bench. Jordan made sure that the comparisons between him and Drexler are over, as he dominated the series 35.8 points per game.

The 1993 the Phoenix Suns won 62 games, and Charles Barkley won the regular season MVP. The Bulls, on the other hand, were in decline, wining just 57 wins and finishing second in the East behind the Knicks. But Jordan would not give up in the Finals. Barkley was in his prime years, and had the best chance of winning a title. That Suns team had a Big Three of their own with Barkley, Kevin Johnson and Dan Majerle all in their prime. They also had some veterans with championship experience like Danny Ainge. Phoenix made the series extremely close, being in position to win any game. And in Game 6, John Paxson hit a three to win it 99:98.
Michael Jordan (33-8-7) 1993 Finals Gm 6 vs. Suns – Paxon Game Winner, 1st Threepeat since 1966.

Hardly any team could stand against the Bulls this season. It was the season the Bulls won then record 72 games. Jordan came back from retirement the year before, but he was still rusty in the playoffs. But in the 95-96 season and the playoffs, he was determined to show everyone he is still the best player on the planet. The Seattle SuperSonics won 64 games during the regular season, and Shawn Kemp had a beastly series scoring 23.3 points, grabbing 10 rebounds, blocking 2 shots and dishing 2.3 assists per game. But it was too little.
Bulls vs. Sonics – 1996 NBA Finals Game 6 (Bulls win 4th championship).

This is arguably the best team the Bulls and Jordan have faced in the Finals. The Utah Jazz won 64 games, and Karl Malone won the regular season MVP. The Jazz and Bulls were as evenly matched as ever. But Jordan was the deciding factor, as the greatest player alive posted 32.3 points, 7 rebounds, 6 assists, a block and a steal per game.
Bulls vs. Jazz (1997 NBA Finals Game 6) – Bulls win 5th title.

This was virtually the same team as the year before. The Utah Jazz won 62 games this time, but secured the first spot overall in the NBA. They had home court advantage in the Finals, something they lacked the previous year. But it still wasn’t enough, as the Bulls won the Sixth game and their sixth championship in Utah, with Jordan hitting that legendary shot over Bryon Russell.
Michael Jordan last 3 minutes in his Final Chicago Bulls game. 1998 NBA Finals Bulls vs Jazz.

Can the Milwaukee Bucks make the NBA playoffs this season? 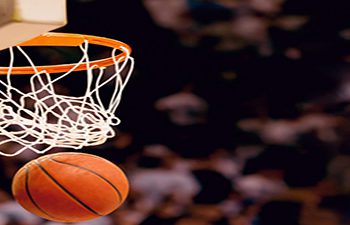 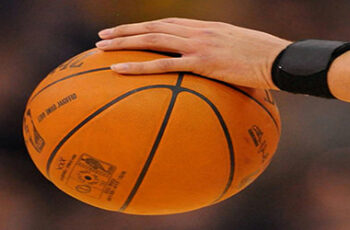 7 thoughts on “Who did the Chicago Bulls beat in the NBA Finals?”