After the first few weeks of the 2013 season the UCLA Bruins are the front runner in the PAC 12 South. Part of this is their good play and part of it is their cross town rivals, USC, are falling apart quickly. Lane Kiffin has been let go by the Trojans and they now have an interim coach. If that isn’t funny enough, the interim coach is allowing the offensive linemen to eat cookies while on the training room tables. I kid you not. That is another story for another time. Now that USC is basically out of the picture in the PAC 12 South it looks as if it is going to come down to Arizona State and UCLA. My personal opinion is that the team that doesn’t lose the silly game(s) will end up being in the PAC 12 championship game in early December.

When I refer to silly games I mean games in which the ranked and/or favored team should easily win. In many of the conferences not named the SEC some of the contenders will lose game they should dominate. If UCLA is picked to beat Arizona by two touchdowns they should not lose that game. Unfortunately, both UCLA and Arizona State fans have seen their teams lose these silly games time and again. They will beat a top 10 Stanford team and come back and lose to an unranked Utah or Washington State team. The PAC 12 South team that can avoid this bad loss will likely come out ahead in the division. Getting past Utah on Thursday, October 3rd, 2013 was a very big deal for the UCLA Bruins. This was a road game on a Thursday night and they are never easy. Being a Thursday night road favorite is a recipe for disaster.

The Bruins had to travel to Utah to play the Utes and they knew they had to return to Los Angeles the next morning to go to class. This is often quite difficult. In fact, this is one of the reasons we see so many Thursday night home dogs winning games against teams that are much better. Even though UCLA barely pulled this one out it is still a W in the column and that is all that matters. In fact, this might be just what UCLA needs to get over the hump and get into the top 10. Unfortunately, teams often get ahead of themselves and do not play for the game that week. This is very true for teams that reach the top 10 that have not been there in the recent past.

After watching endless weeks of college football I can remember numerous times when a team finally gets into the top 10 and they subsequently lose two or three straight. The old phrase, “act like you have been there” is extremely important when it comes to college football rankings. Trying to keep college football athletes grounded is like trying to drink watch from a fire hydrant. It is not that easy and some people end up making a fool of themselves. If coach Jim Mora, Jr. can keep the UCLA Bruins grounded for the entire 2013 season I will be extremely impressed.

Winning the PAC 12 This Year

Since the PAC 12 has split into two divisions the North division has been much stronger than the South division. The same is true this year. Both Oregon and Stanford are in the top 10 while the only major contender in the south is UCLA. I know Arizona State has played very well to start the season but they will need to prove themselves over time. UCLA has been stable since Jim Mora, Jr came to town so I can honestly say they could be a top 10 team by the end of the year. Winning the PAC 12 South will be much easier than winning the PAC 12 North.

The PAC 12 conference is very large geographically. Especially when it comes to north and south. No matter which team wins the SEC it is going to be the case that they come from the south. That said, there is no other conference that allows the team with the best record to host the championship game. I do wonder how this works when it comes to tickets and preparing for the event. The SEC knows they must prepare the Georgia Dome in Atlanta for the SEC Championship game. They have all year to prepare. The same is true when it comes to the ACC. They know the location so they do not have to worry about all of the logistics. When it comes down to it, the PAC 12 just has one more home game for the best team.

Tickets for the PAC 12 Championship Game

The PAC 12 is a very unique conference in that they have some of the best teams in college football but the fans do not show up to the games. During the 2012 PAC 12 Championship in Palo Alto (Stanford University) the stadium was half empty by the time the game kicked off. Everyone that is watching on TV sees this and it makes them feel as if the PAC 12 is not big boy football. Even during top 25 matchups this year I have noticed that some of the PAC 12 stadiums are not full. One could make the argument that they are not full at the kickoff of the games but I can assure you they are not full at the end of the games either. Until the fans start to show up to some of these games I do not think the PAC 12 will get the respect it deserves.

One way to gain that respect is to sell out the PAC 12 Championship game almost immediately. Unfortunately, the only way they will likely do that is to have the game in Eugene as Oregon fans will gobble up the tickets. If the game is in Los Angeles or San Francisco it is highly unlikely the game will sell out quickly. In fact, if it happens to be in these California cities there is a good chance the game will not sell out at all. West Coast fans complain they get no respect but it comes with the territory if you are not willing to go to the games. These athletic departments are willing to pony up millions of dollars to improve facilities yet the fans are not willing to spend $100 a week to go to the games.

When the economy was struggling it was completely understandable that fans did not want to pay the extra money to go to these games. Now that the economy has improved and many people are doing well financially it stands to reason that these games would be more highly attended. SEC games in the south are almost always packed. Even if the team is not that good fans will still pay to go watch their team play. This is not the way it is in the PAC 12. The bottom feeders of the PAC 12 see attendance rates below 50%. Never would an SEC team consistently see attendance rates below 50%. There have been years in which South Carolina has only won a single game but 70,000 fans still fill Williams Brice Stadium.

When PAC 12 fans start to attend games the east coast will take notice. Until then, the PAC 12 will be known as a flashy conference with bright colors and crazy offenses. Something else that would help the PAC 12 tremendously is to win a national championship. When this happens maybe fans will actually come out to the games. 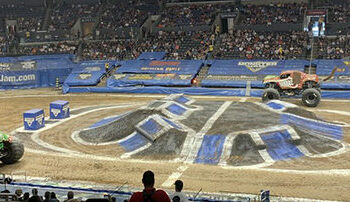 2nd Death at Rangers Ballpark in a Year…