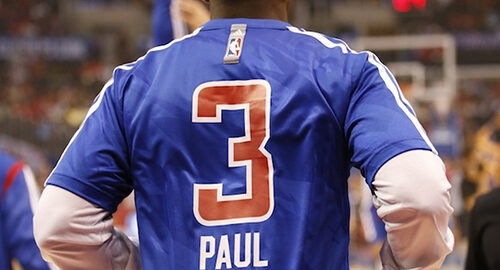 The Clippers seem to have all of the pieces to win it all; the best point guard in the league, an unstoppable force, and an experienced proven leader. But can Chris Paul, Blake Griffin, and Doc Rivers avoid another early round exit?

Chris Paul has been the best point guard in the league for quite some time now, but his lack of playoff success has hindered his greatness. For the first portion of his career, he carried what was a mediocre team at best in the New Orleans Hornets to a final three playoff appearances. They had some pieces in Tyson Chandler and David West but were never regarded as a legit team that could win it all. Expectations changed for Chris when he was traded to the Clippers and “Lob City” was formed.

The Clippers already had a rising star in Blake Griffin and an athletic beast at center in DeAndre Jordan, along with solid role and bench players. But, when Chris Paul arrived the Clippers felt he was the missing piece needed to make a legitimate title run. “Lob City” ended up winning 40 games in a lockout-shortened season and were the five seed heading into the playoffs matched up in the first round against the Memphis Grizzlies. They struggled in 7 games against the Griz and then got ousted by the San Antonio Spurs in 4. The argument could be made that the team didn’t necessarily gel because Paul would have ideally needed a full season with the team to truly get an assessment of how good they could be.

The 2012 campaign featured the Clippers finishing the season with 56 wins and the 4 seed overall in the West. A rematch against the Memphis Grizzlies didn’t go quite as well as it did the first time around as they ended up losing to Z-Bo and Marc in 6 games. This early playoff exit eventually got head coach Vinny Del Negro fired, and the acquisition of Doc Rivers took place. Now, the best point guard in the league and one of the most exciting players in the league finally had a coach capable of leading them to the Finals. So, now the coach excuse goes out the window.

Despite the greatness that Doc Rivers brought to the table, the Clippers would surely avoid another early round exit, right? Well, they didn’t. Another tough playoff ended with a semifinal loss, this time to the Oklahoma City Thunder. Some of the issues could be attributed to the Donald Sterling saga, but when is enough, enough? The excuses for Chris Paul have to come to an end. His numbers and moxie may establish him as the greatest point guard of our time, but he will never be remembered until he gets over the playoff hump. With new ownership, will this finally be the year Chris Paul proves doubters wrong?