Blake Griffin the Key to the LA Clippers Playoffs Success

There are two superstars in Lob City, Blake Griffin and Chris Paul. Both of them have a huge impact in the way the team plays and their performance usually is a key to the team’s successful results, in most of the game. Of course, the Clips have a bunch of quality role players who greatly support the superstar duo. Nonetheless, LA needs at least one of them to lead the way night in and night out. So is Blake Griffin or Chris Paul more important to the Clippers and who will be more important for the team during the 2014 NBA Playoffs?

First of all, they are both essential pieces of Doc Rivers’s puzzle. Each one does a great job contributing on his sector. However, I can fairly now say, after two games into the postseason that the performance of Blake Griffin plays a bigger factor to the outcome of the game for the Clips rather than Paul’s output.

Don’t get me wrong here. I don’t mean to say that Griffin is a better player than Paul. On the contrary, they can be characterized as stars of almost identical quality. What I can say, though, is that Paul will do his job one way or another. Even when he has off – nights, shooting badly from the floor, he will contribute in other ways. CP3 always sets up the team, on both ends of the floor and orchestrate the offensive plays. Even during the nights that he’ll finish in single digits in scoring, he will most probably dish out a bunch of assists, make some crucial defensive plays and in overall help his teammates perform better. In a way, the Clips can always rest assured that they’ll get at least something from Paul.

On the other hand, when Blake Griffin is off, the Clippers transform from a dominant, almost unstoppable team to just a good one. That’s what we saw happening in Game 1 against the Golden State Warriors and also several times during the regular season. However, when Griffin plays close to his full potential, the Clips are lethal, one of the scariest – if not the scariest – teams in the West.
Griffin’s big performances can take Lob City to the next level. When BG plays like his shown he can this season, scoring in a variety of ways – yes he can even hit the step back jumper now – that’s when we see the point margin exploding in Lob City’s favor.

The thing is that Griffin has proven his full potential this season. He has shown that he can be the player the entire Clipper Nation expected him to be but up to now he wasn’t. So, if the Clips really want to make it to the top and win the Larry O’Brien trophy, Griffin will have to give his 110 percent in every game. That’s what will make the Clippers the highflying, unbeatable monster it can be, the one that can top any opponent in the league.

Dont miss any of the action! Clippers Tickets for all playoff games on sale now. 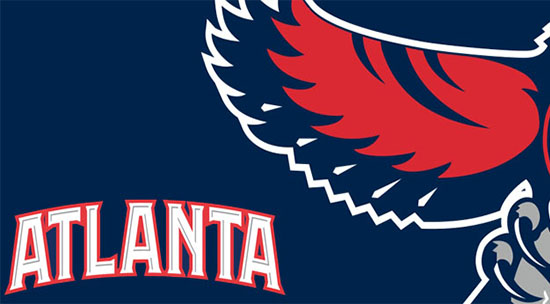 Perfect Week For The Anaheim Ducks

Lakers Fall To Warriors In China