Miley Cyrus is becoming more and more popular with her all-white outfits and new music. Her fans and critics say that her new music sounds similar to some of her old songs. But this only reminds us of her glory days as a Disney Channel star on the Hannah Montana show.

Even then, she made sweet Hannah Montana jams and gave us exciting ‘Backyard Sessions’ covers.

Hate or like her, Miley Cyrus is one of the most prolific female artists of our time.

She’s set to release a new album with RCA Records in 2019. The title of the album is, She is Coming EP.

Listen to the following 10 best Miley Cyrus songs before you get the album;

1. Best Miley Cyrus Songs: “When I Look at You”

John Shanks and Hillary Lyndsey wrote the lyrics of this song, and Shanks produced it. The song is about someone who Miley looks up to for protection and inspiration. She could be singing about a dream boy.

The song was released as the second and last single off her 2009 EP, The Time of Our Lives.

The instrumentation of the song is mainly based on guitar chords. The song was used as a soundtrack for promoting the 2010 romantic-drama movie, The Last Song.

The song reached number 16 on the Billboard Hot 100 and was in the top 30 charts in New Zealand, Australia and Canada.

I would recommend you listen to this song if you had a bad day or mood.

This song reminds us of how the journey is the destination. Whether we fly, walk, or crawl to reach our dreams, what’s more important is the ‘the climb.’

Miley uses her signature style of soft piano keys when the song starts to prepare us for her powerful voice and message.

“One in a Million” is one of the earliest and most underrated Miley Cyrus songs. Not many people know about it.

The song has powerful lyrics and a strong chorus. The song also contains heavier drums. A quotable line in the hit is, ‘Good things take time, but really great things happen in the blink of an eye.’

Miley Cyrus released this beautiful cover in 2012 with her band during a ‘Backyard Sessions’ recording project. The song brings tears to my eyes every time I listen to it. Miley definitely had the best moments of her career when she recorded ‘Lilac Wine.’

The song, and two other covers she did, show Miley’s roots in country and folk.

“7 Things” was a huge teen pop hit from Miley’s 2008 project Breakout. The song takes us through a high-school relationship with a boy who drives her crazy. When things go sour, she starts to list the things she likes about the boy.

The song was engaging to her fans, and it raised their curiosity about Miley’s personal life. Who was the song about? Was she on her own now?

The song had a serious effect on her fans.

If we played this song today on a show, not many people would realize that it’s from a Hannah Montana Christmas episode. The hit has a country vibe, and it features Sheryl Crow.

Most of Miley’s music is from the pop genre. But “Need a Little Love” is a country tune with a background of guitar melodies.

“Wrecking Ball” is unarguably one of the best Miley Cyrus songs, with over a billion views on YouTube. The song peaked at number 1 on Billboard for three weeks in September 2013. It was her first number one single.

The song is an emotional ballad about a break-up. It was initially written for Beyoncé before Sacha Skarbek shifted it to her. It has received praise and criticism for her nude appearance in the music video, and emotional delivery in the song.

This is another excellent ‘Backyard Sessions’ cover. She first recorded the cover in 2012 before doing it again in 2015 with the original artist, Melanie Safka.

Together with her Happy Hippie foundation, she re-did the song putting her own spin. She maintained the exciting, mellow tune of country music in the cover.

I wish the song were Miley’s original composition because it fits so well with her style and voice.

This is the first single that introduced us to the bolder Miley Cyrus we know. The song marks Miley’s slow move to a new edgier sound. She recruited Mike WiLL Made-it to produce the slow party track.

The song is about enjoying yourself and having a good time with your friends. The song has a hip-hop feel and references. It peaked at number 2 on Billboard Hot 100 in August 2013.

“Been Here All Along” is from an episode of Hannah Montana. The song finds Hannah Montana (Miley Cyrus) singing about one of her dads, and showing her appreciation.

It’s one of the ‘Old Miley’ songs, where she focuses on her lyrics and vocal delivery.

Miley’s remake of this classic original is most brilliant. The original pop song was written and performed by Cyndi Lauper.

Miley’s version is fast, and it has more rock ’n’ roll string stabs. Her vocal performance on the “Girls Just Wanna Have Fun” cover makes it one of the best Miley Cyrus songs.

The cover is refreshing, and it will help you appreciate the original Cyndi Lauper song even more.

Miley Cyrus is a versatile singer and entertainer. You can always find a song from Miley to listen to no matter your feeling or mood. Some of the best Miley Cyrus songs are from her days in Disney Channel as Hannah Montana.

Miley is an electrifying performer with impressive vocal abilities. She can also switch between genres, which solidifies her spot in pop culture and the music scene. You should definitely plan to attend one of her concerts.

Please visit the booking section of our website to buy a Miley Cyrus ticket. 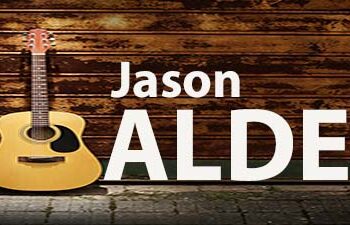