With a perfect 3-0 record over the past week the Anaheim Ducks have now run their consecutive game winning streak to eight, including three consecutive road wins versus Eastern Conference foes. The eight game winning streak has vaulted the Ducks to the top overall record in the National Hockey League. Anaheim now has 57 points on the season, one point above the defending Stanley Cup Champion Chicago Blackhawks. (You can check out the Blackhawks Promotional Schedule for this game).

Week Recap: After winning five consecutive games at the friendly confines of Honda Center the Ducks kicked off the week with an impressive 5-2 victory over perennial powers Detroit. After Thomas Jurco opened the scoring for Detroit the Ducks scored four unanswered first-period goals. Jakob Silfverberg, Nick Bonino, Corey Perry and Sami Vatanen all tallied first period goals for Anaheim. Saku Koivu opened the scoring in the second period to give the Ducks in the insurmountable 5-1 lead. Perry’s goal was his 22nd of the season. Three days later the Ducks made the trip to New Jersey and defeated the Devils (on Cory Schneider Bobblehead Night) by a 3-2 score in overtime. Cam Fowler and Mathieu Perrault scored the two regulation goals for Anaheim before Kyle Palmieri notched the game-winner in overtime, his 5th of the season. Jonas Hiller was solid in net once again for the Ducks, running his season record to 15-4-4. After defeating the Devils on Friday the Ducks made the trip to Long Island for the second half of a back-to-back versus the Islanders, winning 5-3. After falling behind 3-1 the Ducks exploded for four goals in the third period, with Ryan Getzlaf slotting home his 18th and 19th goals of the season. Mathieu Perrault and Kyle Palmieri scored the other two third period goals for Anaheim. Rookie Frederik Andersen was victorious in between the pipes, running his season record to 7-1.

The Week Ahead: The Ducks have a light schedule over the Christmas Holidays with a game Monday night followed by four days off before they host the Arizona Coyotes on Saturday night at the Honda Center. After Saturday night’s game, the Ducks head to the Bay Area for a big Sunday night matchup versus the San Jose Sharks. The Ducks are looking to keep pace with their cross-town rivals, the Los Angeles Kings. Even with an 8-game winning streak, the Ducks are just three points up on the Kings who have won nine of their last ten.

Where they stand: With 57 points the Ducks are a point ahead of the Chicago Blackhawks for the top overall record in the National Hockey League. They are in a tight race for best record in the Pacific Division with the Los Angeles Kings. As of Monday, the Ducks are three points on top of the red hot Kings. In all the two Los Angeles teams have just one loss in their last 20 games played.

You can check out the Anaheim Ducks Promotional Schedule for the home games at Honda Center.

Can the Lakers Lure Love? 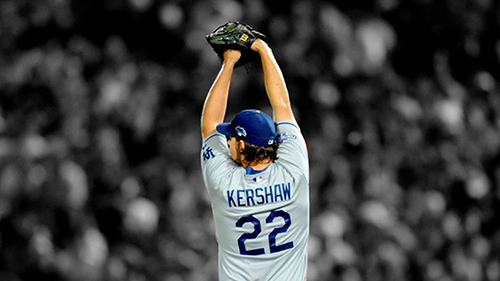