With the 2016 concert season coming to an end its time to start looking at which artists and groups will be hitting the road with 2017 concert tours. Some of the biggest names in music have had a long absence from the road including Bon Jovi, Pink and Bruno Mars. Other artists are scheduled to drop new albums in 2017 which usually means a worldwide tour is on the way.

Check out Barry’s Tickets predictions for the artists and groups most likely to head out on tour to a venue near you in 2017.

With a new album “This House Is Not For Sale” set for release in the fall of 2016 fame New Jersey rock band Bon Jovi will be hitting the road again in 2017 with a worldwide concert tour. Currently, there is no news if Richie Sambora will return for the tour. The band’s last major tour “Because We Can – The Tour” was in 2013 and lasted 107 shows and placed first on Pollstar’s “Top Worldwide Tours” grossing 259.5 million dollars.

Bon Jovi Performs ‘This House Is Not for Sale’!

Although Jay-Z hasn’t dropped an album since 2013’s Magna Carta Holy Grail fans of Hova has appeared on several tracks lately including Pusha T’s “Drug Dealers Anonymous” and Future and DJ Khaled’s “I Got the Keys. Leading fans to believe his response to Beyoncé “Lemonade” might be just around the corner. His last world tour was the 2013-14 “Magna Carter World Tour” and included 52 concerts grossing 24.4 million dollars.

Lady Gaga has been working on her fourth solo studio album and follow up to her 2013’s “Artpop.” Her yet untitled album is slated to be released in early 2017 and will be “futuristic”. Her last tour started on May 4th, 2014 and ended November 24th, 2014. The Artpop tour had seventy-nine totally shows and grossed $83 million dollars. For her US concert dates, Lady Gaga teamed up with Absolut Vodka to offer some lucky fans a chance to sit in the exclusive “Absolut Artpop Lounge”, located inside the stage.

Although Pink has been on a break the last four years, there is now signs of life that the Pop Star will be coming back stronger than ever in 2017. In 2016 she has penned a song for Celine Dion’s new album and performed a duet on the new Kenny Chesney album as well. Pink’s not yet titled seventh studio album has not yet been given a release date, but insiders suggest late 2016 early 2017. Pink’s last concert tour “The Truth About Love Tour” started on February 13, 2013, through January 31, 2014, with four legs on the concert tour. She performed a total of 142 shows and grossed $184,061,847.

With a new song for the 2016 Olympics “Rise” and a live performance at the Democratic National Convention, KatyCats are excited about the upcoming release of her new album and World Tour. Although there is no release date on a fifth studio album for Katy Perry or if she will mention Taylor Swift on it, once released there will be a worldwide tour to follow. The Prismatic World Tour started on May 7, 2014, through October 18, 2015, and included six legs and one hundred and fifty-one shows grossing $204.3 million.

Justin Timberlake just might be the hardest working man in showbusiness. In 2016 he dropped the single “Can’t Stop the Feeling” for his new movie “Trolls.” Although there is no official release date, at the 2016 Comic Con, JT mentioned it could arrive in the next few years. Justin Timberlake’s last tour “The 20/20 Experience World Tour” started on November 6, 2013, and went until January 2, 2015. The tour had six legs with one hundred thirty-four shows. The box office total for the tours was $231.6 million.

In 2014, Pink Floyd released “The Endless River” which featured previously unreleased music by the band. The album was the most-preordered album in history on Amazon UK before its official release. Now rumors are once again swelling for a 2017 Pink Floyd tour. Both David Gilmore and Roger Waters have had successful tours, and there is no confirmation on if they would tour together again with Pink Floyd. The last Pink Floyd tour was in 1994; The Division Bell Tour lasted one hundred and twelve shows.

Taylor Swift has released new records every two years, usually near the end of the year. Swift would then spend the following year touring worldwide. Although at the end of 2015 Taylor announced she would be taking a break it is rumored that she will be releasing her follow up to “1989” mid to late of 2017. If she hits the road right away, it could be easily one of the biggest 2017 concert tours. Swift’s The 1989 World Tour started on May 5, 2015, and ended on December 12, 2015. The tour had six legs with eighty-five shows. The 1989 World Tour grossed $250.7 million.

With a One Direction hiatus in full effect, Harry Styles has been hard at work pushing forward on a solo album release. In 2016 Harry left Modest management for Jeffrey Azoff and signed to Dawbell as a soloist. It is rumored that Harry will release a romantic duet with Meghan Trainor for his solo debut. With a solo album coming out there will be a 2017 Harry Styles concert tour to support it.

The world has been waiting four long years since Bruno Mars released his last album “Unorthodox Jukebox” and two years since his Moonshine Jungle Tour ended. The Hawaiian star’s next album is due to release sometime near November which will include a track with Skrillex. With a new album, you can expect a 2017 Bruno Mars concert tour to support it. The “Moonshine Jungle Tour” included five legs and 154 shows grossing $156.4 million.

It has been six long years since the Gorillaz played their last concert live at the Vector Arena in Auckland, New Zealand on December 21, 2010. Recently Damon Albarn announced the new Gorillaz album should be ready fairly soon which hopefully means a World Wide concert tour for the boys from Essex England. The band’s last tour was the Escape to Plastic Beach Tour which started on October 3, 2010 and ended on December 21, 2010. The tour consisted of four legs and played thirty-six shows.

The Weeknd announced Starboy: Legend of the Fall 2017 tour. The Weeknd North American leg of the tour begins April 25. 2017 in Vancouver, before twenty-two U.S. dates and four more Canadian dates, starting May 26. 2017 in Toronto, Ottawa, Montreal and Quebec City. Besides a crazy stage set-up that goes half way into the crowd, there is also unique Weeknd VIP tickets offering fans seats in the first rows and special tour merchandise.

Other rumored 2017 concert tours include Kelly Clarkson is releasing a Soul record with her new record label Atlantic. Accept Plan with some lineup changes will be coming out with a new album. Ice T’s “Body Count” will release “Bloodlust” in 2017 along with a nationwide tour. Tears For Fears is due to release their first album in thirteen years.

According to BillBoard.com Madonna holds the record as the highest-grossing solo touring artist at $1.31 Billion Earned.

Which band would you like to see live in 2017? Comment below for your chance to win a pair of tickets to one of the 2017 concert tours of your choice. 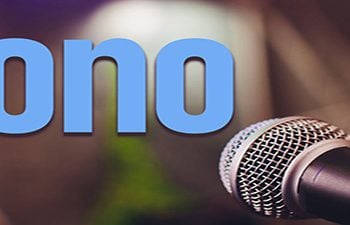 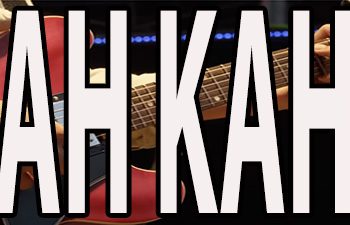 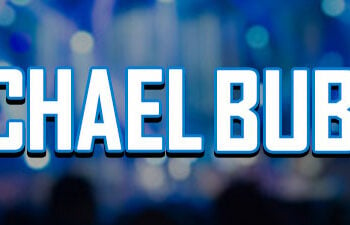