10 Reasons Dear Evan Hansen Is the Best Teenage Play Ever

In recent years there has been a lot of talk about the rising rate of depression and anxiety in teens. With television shows like “13 Reasons Why” seeming to glorify teen suicide, it is important to have a play like “Dear Evan Hansen” to act as a counter to the glamorization of killing yourself, especially for impressionable young people

However, while it’s handling of teen suicide is better than the popular Netflix show, there are many other reasons why it is the best teenage play to come out in over a decade. Let’s look at ten reasons why this Broadway runaway hit is a must for teens to experience.

1. It Talks About Teen Depression and Anxiety

Not only does it shed light on it, but the entire plot also revolves around it. From the opening song to the final refrain, all of the action on stage revolves around anxiety, depressions, and the very real consequences of what can happen if left untreated.

While it may not be perfect in how it handles such a weighty subject, it does shed a light on many of the downfalls of teen life and how those can lead to serious mental health problems. Which is good because it can help teens struggling to not feel so alone. It can also open the doors for conversations about suicide, drug abuse, and a whole bunch of other issues.

2. It Shows Parents Struggle With Parenting

It is easy for teens to forget that, in many cases, parenting a teen is uncharted territory for most parents and they are just doing the best they can. So, it can help teens to see things a little more from their parents’ eyes. In the song, “Anybody Have a Map”, teens get a look inside the frustration and bewilderment parents experience when it comes to trying to parent and connect with their teenaged children.

3. Speaking of the Adults…

Not only does the play show how they struggle with trying to form connections with their children, but it also shows that despite their best intentions, sometimes relationships are rocky and fail. It also shows sometimes people don’t always cope with this failure in healthy positive ways. But you can get better.

She clings too tightly to Evan. She is possessive and demanding. However, by the end of the play, she realizes what this is doing to her son and herself and works improving her relationship with Evan.

4. Then There’s the Music

While it may not be as inspiring as Hamilton, it is still has a power and intensity all its own. You only need to hear “Requiem” to understand that. It starts as a quiet song, dealing with various stages of grief and the complicated relationship people can have with the deceased.

As the music rises and falls you get pulled into the story and how powerful it is. It doesn’t distract at all from the power of the story. In fact, it adds to it and helps talk about some incredibly difficult subjects.

Sure, the title may be “Dear Evan Hansen” but this is really a story about a group of people and how they deal with and potentially overcome hardships and struggles in their lives. From the Murphy’s attempts to come to terms with Connor’s suicide and Evan’s betrayal of them (even if it was meant as an act of love) to Alana and Jared trying to find purpose and meaning in their day to day lives, it is meant to showcase the inner turmoil of a lot of different people.

Plus, each of the principal characters is given a chance to shine. Even if they don’t have their own songs, there is at least one moment when they are the focal point of the action.

It is not unusual for a teenage play to have complicated relationships at the heart of it. Look at “West Side Story” or “Spring Awakening”. But what is different about “Dear Evan Hansen” is that even though they are complicated, just look at Zoe’s relationship with Connor, is that they aren’t painted as black and white.

There is a lot of gray areas when it comes to how people feel about each other, which is not unlike real life. So, there is a dash of realism when it comes to the characters’ relationships and how they deal with them.

All of the characters in “Dear Evan Hansens” is incredibly complex. They are neither good nor bad. Often they try to do the right thing but for the wrong reasons.

Evan tries to bring solace to the Murphys only to bring them more pain. Alana helps start the Connor Project as both a means to memorialize Connor but also as something to put on her college applications. This is a great way to show teens that no one is simply good or bad, but complex and with good intentions.

So often in entertainment, teens are played by people in their late 20s and early 30s. That isn’t the case with “Dear Evan Hansen”.

With the current Evan being played a 17-year-old and Zoe portrayed by a 19-year-old, teens who see this play are going to feel a greater connection to the actors and see themselves represented better on stage.

9. Joy and Sadness Are Not Mutually Exclusive

Teens tend to feel things in extremes. The lows are soul-crushingly low. The highs are heart soaringly high. And those two emotions should not be felt at the same time.

“Dear Evan Hansen” demonstrates that joy and sadness can happen at the same time and that it is ok to still laugh when you have just experienced a tragedy. In fact, sometimes it is necessary to find light and relish in it. It can be a way to work through grief and come out stronger on the other side.

While it may not seem like it at first, the underlying message of “Dear Evan Hansen” is one of hope. Through all of his missteps and mistakes, Evan learns he isn’t as alone as he thought and there are so many others who feel just as unseen and isolated as he does. And sometimes, just that knowledge can be enough to save you.

A Teenage Play For the Ages

One of the best things about “Dear Evan Hansen” is its universality. It is one of those plays that will always be relevant because of the underlying subject matter. This is what makes it not just a great teenage play, but a great play in general. Learn more about seeing Dear Evan Hansen on tour.

For more insights on upcoming theater productions, must-see concerts, and not to be missed sporting events, check out our blog. 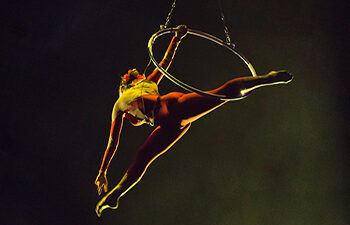 Win A Pair Of The Book Of Mormon Tickets

The Addams Family now through June 17th at the Pantages Theater